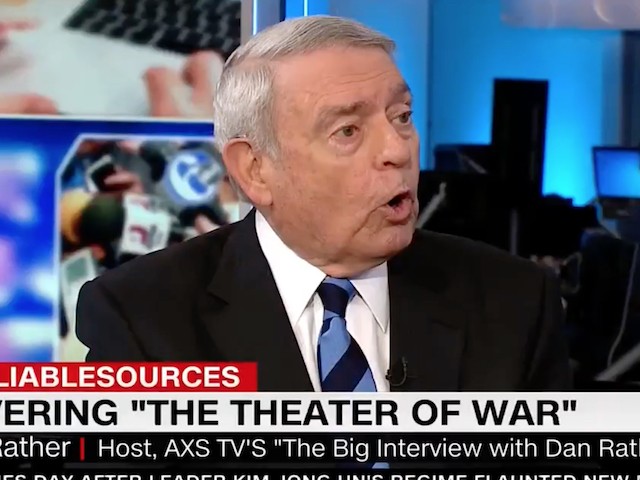 Rather said, “So two points about these hearings. One, that she may be a very accomplished college professor, but she is walking into a room in which she’s going to be roughed up. She’s going to be —attempts will be made to humiliate her. Whatever you think of the story, it takes a lot of guts to do that. It’s a very brave thing for her to do.”

He continued, “The second thing is it’s still a week before these hearings. So let’s stop and kind of cut through the cyclone of coverage and say, as you and I both know, overnight is a long time in politics. A week is forever. This is going to be a veritable eternity for both of these people because you can bet journalists all over the country are scrambling around. The White House will be looking all kinds of dirt. Just stay alert because a lot of things can change between now and next Monday.”

He added, “This has changed things dramatically. The center of gravity has changed, and to mix metaphors here, his nomination is hanging by a rope, and that rope can start to fray very, very quickly because you have to know that somewhere in the balance of the White House, someone is saying, you know what? We may have to drop this nomination. Politically, whether we like Kavanaugh or believe him or not, and I like him, and I do believe him, there comes a time in politics when you just have to cut it. Now, we’re not at that point, but no one should be surprised if we reach that point.