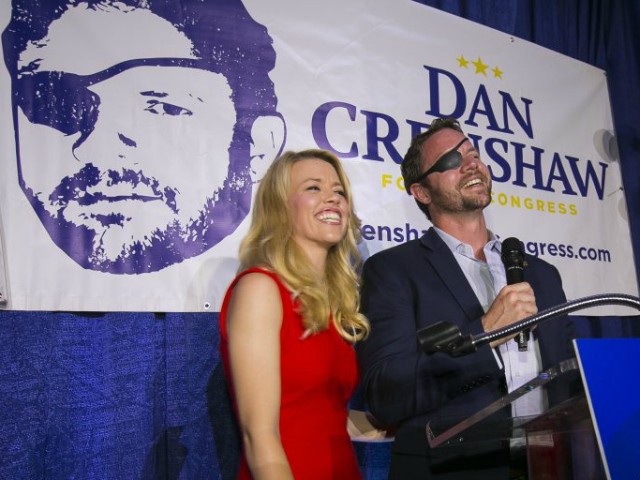 The retired lieutenant commander, who served five overseas deployments, two after an IED blast in Afghanistan robbed him of sight in his right eye, replaces retiring Republican Ted Poe.

President Trump won that district by 9.3 points in 2016, which means Crenshaw did better than many in the GOP, as some saw big declines compared to 2016.

The backlash was immediate.

Crenshaw was praised for his measured response. In a tweet, he said, “I try hard not to offend; I try harder not to be offended. That being said, I hope @nbcsnl recognizes that vets don’t deserve to see their wounds used as punchlines for bad jokes.”

He later asked for Saturday Night Live to donate $1 million to veterans groups. So far, NBC has had no comment on the offer.