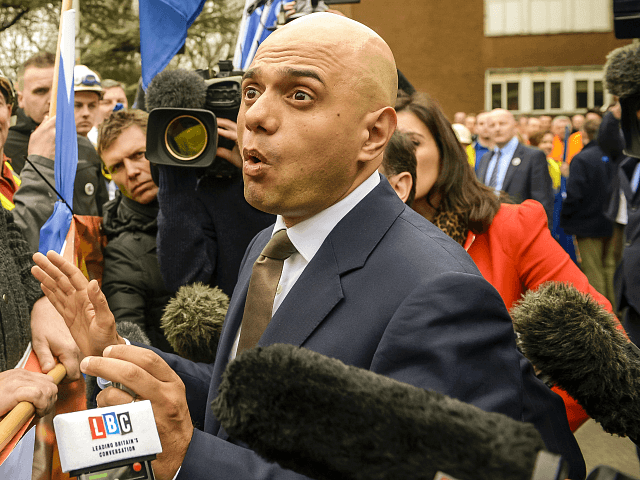 A damning report into the protection of Britain’s seaports, harbours, and marinas has revealed that the country’s border is “not secured by any stretch of the imagination”.

Chief Inspector of Borders and Immigration David Bolt, who previously revealed that the Home Office had “lost” some 56,000 migrants scheduled for deportation, including around 700 ex-cons, has published an official report describing an underresourced Border Force.

The government body is reported to be struggling to cope, as illegal migrants shift their focus from the Port of Dover crossing to others such as Newhaven, Portsmouth, Southampton, Poole, Plymouth and other, smaller points of entry, increasingly accessed via ports in Normandy and even Spain, rather than their former launchpad of Calais.

Bolt’s report said officers had “told inspectors that there were not enough of them to meet increasing operational pressures, and one group commented that ‘the border is not secured by any stretch of the imagination’.”

He said that officers felt that they were “resourced to fail” — and that they were “certain” illegal migrants were aware of this and took it into consideration when making their attempts on the border.

“[T]heir intel is a lot better than ours,” they complained.

UK ‘Loses’ 56,000 Migrants Due for Deportation, Including Over 700 Ex-Cons https://t.co/WOHRVImLCE

“I recognise that Border Force is dealing with many challenges, not just along the south coast but nationally, and that its job is not made any easier by having to prepare for the UK’s exit from the EU without clarity as yet about what exactly this will involve,” Bolt conceded.

“However, it is difficult to escape the impression that Border Force believes it knows best and will make changes only on its own terms and at its own pace.”

Indeed, while the Home Office’s official response to the report’s recommendations shows they appear to have ‘Accepted’ or ‘Partially Accepted’ all of them, a closer reading of the text appears implies they are simply describing or defending the actions already being taken or already in place — with specific recommendations that coastal patrol vessels’ time at sea should be increased being rejected as “not… a measure of operational effectiveness”, for example.

“The Independent Chief Inspector of Border and Immigration in the report of his inspection of south coast ports has pointed to evidence that would-be illegal migrants once in camps around Calais and Dunkirk have shifted their focus to ferry ports in Normandy and Spain, with an increase in attempts at clandestine entry into the UK via south coast ports like Poole and Portsmouth,” remarked Migration Watch UK vice-chairman Alp Mehmet.

“This is worrying. It is imperative that the Home Office heeds the ICBI’s warnings and addresses the problem before it escalates to ‘Jungle’ proportions.”