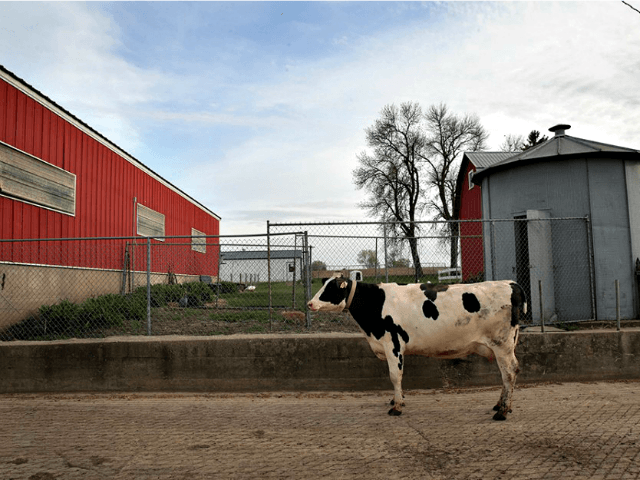 HILLYARD: Obviously we have to celebrate. We appreciate the president keeping us front and center in these trade negotiations. He put some fairness into the export market and he appreciates the hard work that all dairymen do; taking caring of their animals, taking care of the land and providing a nutritious product for our people in the United States.

MADDOX: Now, Steve has 3,000 heads just south of Fresno, California, you’re third-generation, your son is fourth-generation, there’s about 40,000 dairy farms still in operation, how big of a deal, how much of an impact have on the future of dairy in the United States?

HILLYARD: It’s going to be a huge impact allowing the markets to work with fairness. Dairy puts two and a half  times more influx into the economy of the local rural economies and local communities. It’s huge for the health of America

MADDOX: Are president says ‘now with 3.6 percent of the Canadian marketplace will include U.S. dairy,’ how much of an impact, what does that mean for your operation?

HILLYARD: That allows us to move our products of dairy into there needs and access to there market. We give them access to ours already. So really, it’s a non-tariff thing and it’s going to be very beneficial to us.