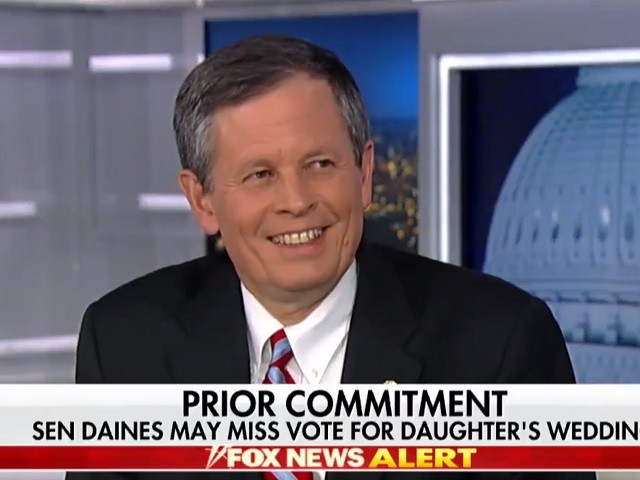 On Thursday’s broadcast of the Fox News Channel’s “Fox News @ Night,” Senator Steve Daines (R-MT) stated that he told Supreme Court nominee Judge Brett Kavanaugh that he will be there to vote for him “as needed.”

Daines said, “I just spoke with Judge Kavanaugh. I gave him a call tonight. Because the news was out there that — about the wedding. … I said, Judge Kavanaugh, I’m going to be there to vote for you as needed.”

He added, “My goal this weekend is to walk my daughter down the aisle and to see a new United States Supreme Court justice put on our court.”

Daines further stated, “Votes are held open all the time on the floor of the US Senate, once a vote is called. There have been some extenuating circumstances, you can back in time and history and see where they’ve had to hold the vote open for a member to come back and cast their vote.”