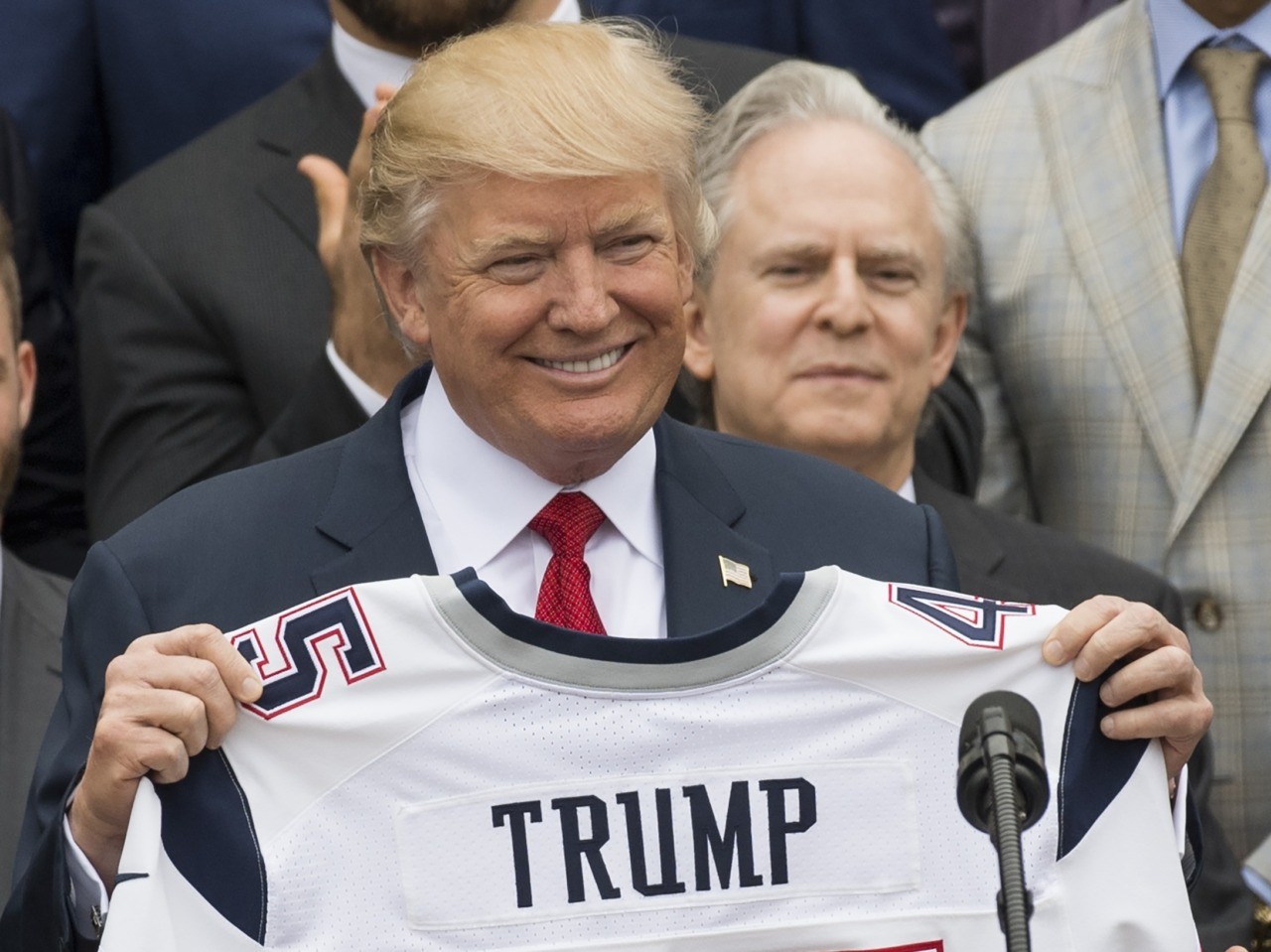 The New England Patriots are “the preferred team of white nationalists,” according to the Daily Beast, because “[t]heir star quarterback, coach, and owner all supported Trump,” and because Boston, Massachusetts, is a racist city.

Their star quarterback, coach, and owner all supported Trump. But that’s not the only thing that makes the Patriots the preferred team of white nationalists https://t.co/C1KnQNXa9b

That’s the case made this weekend by Daily Beast by writer Corbin Smith ahead of Super Bowl LIII.

Smith did not offer any empirical evidence that white nationalists support the Patriots, but argued that the Patriots are “the official team of American White Nationalism, the MAGA Boys On the Field.”

Smith also argued that all Patriot fans are guilty by association.

A sample of his argument follows (original links):

The whole institution of Boston sports, from root to stem, is tinged with the sort of racism that brought Trump into office. The Boston Red Sox were the last MLB team to desegregate, more than a decade after Jackie Robinson entered the league. The Sox’s first owner, Tom Yawkey, was an infamous racist whose speech was peppered with racial slurs. Larry Bird became a symbol of white resentment during his time in the NBA, his jersey appearing as a symbol of white entitlement to black spaces in Spike Lee’s Do the Right Thing. His large teammate, Kevin McHale, was spotted at a Trump rally during the election.

Look, it doesn’t matter if the Patriots like it or not, they are the official team of American White Nationalism, the MAGA Boys On the Field. You can’t implicitly or explicitly support Trump, who reads speeches written by Stephen Miller as a matter of course, play in a market whose sporting culture is renowned for its racism, have a decade-plus organizational obsession with undersized white receivers, and be called, no shit, the Patriots, without getting the vile Fox News Soup that poisoned half the country on your shirt. Try to put on a bib of distancing yourself, deflecting questions, telling everyone your wife told you to stop talking about it, that shit isn’t gonna work. You’re the MAGA Kid. It’s on you forever. It stalks and haunts you.

When you root for the Patriots, you are associating yourself with a virulent and revolting strain of politics that seeks to Make America Great Again—which is to say, white, European, English-speaking. And look, I understand if you’ve been rooting for Boston teams your whole life. Fandom is a hard drug to quit. But please, look at yourself, look at who these guys put out for, and reconsider. Think about if you would want to find yourself in a crowd of sweaty, white men chanting WE’RE STILL HERE while a Trump supporter egged you on. Are you one-hundred percent sure you’re comfortable with that?

Angry fans blasted Smith on Twitter — although many attacked a different sports writer with the same name, who responded:

There’s another sports writer in Washington with the same name who produced a very distasteful article today about the Patriots and Boston sports fans. So I woke up to a lot of fired up Bostonians (rightfully so!) wanting an explanation.

For the last time, @corbinasmith is the one who produced this. I get why Boston sports fans are pissed, but don’t take it out on me. I never would have wrote this. He’s made his account private for a reason. https://t.co/ui5WPwvIPA

The Patriots take on the Los Angeles Rams in the Super Bowl on Sunday evening in Atlanta.