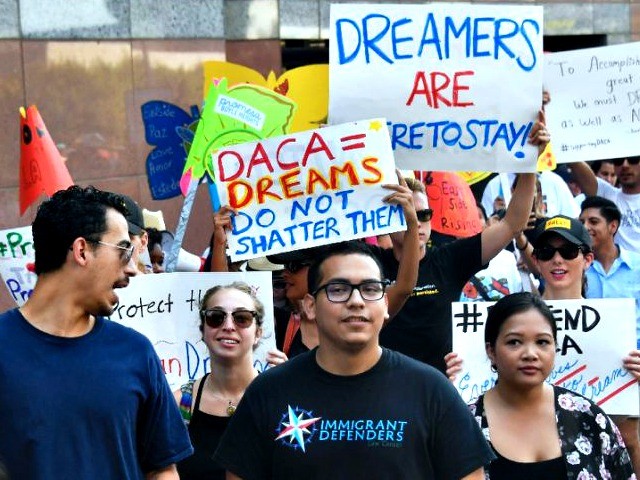 Illegal aliens applying for the President Obama-created Deferred Action for Childhood Arrivals (DACA) program have cost legal immigrants hundreds of millions of dollars over the course of three years.

Between 2015 and 2017, the United States Citizenship and Immigration Services (USCIS) agency has processed more than 230,300 DACA applications and nearly 1,000,000 renewals — illegal aliens who are renewing their Deferred Action amnesty.

Each DACA application costs $446 and each renewal costs $216. These costs have been largely passed on to legal immigrants, forcing them to subsidize DACA illegal aliens.

Additionally, Vaughan’s research notes that DACA illegal aliens were prioritized by USCIS ahead of legal immigrants and those seeking to apply for U.S. naturalization.

Since the program’s inception, more than 2,100 recipients of Deferred Action for Childhood Arrivals have been kicked off because they were found to either be criminals or gang members.