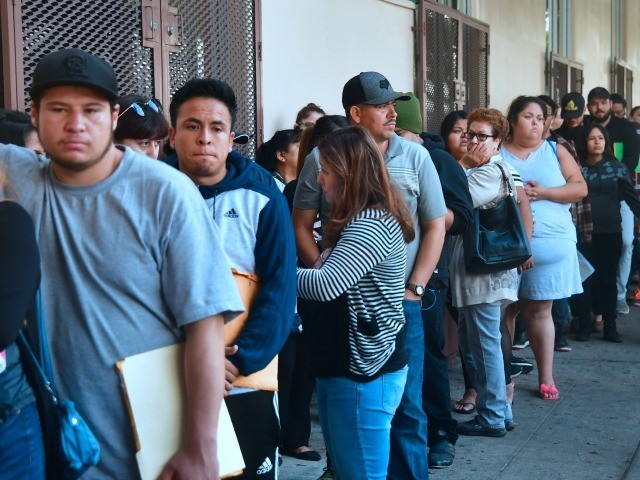 House Democrats’ top lawmaker, Rep. Steny Hoyer (D-MD), said he does not “expect” there to be a border wall funding deal reached that includes an amnesty for illegal aliens.

In comments to the media on Tuesday, Hoyer said Democrats would not accept a deal that gives amnesty to anywhere between 700,000 to 1.8 million illegal aliens enrolled and eligible in the Deferred Action for Childhood Arrivals (DACA) program.

“I don’t expect that to be part of the negotiation,” Hoyer said. Instead, Hoyer said Democrats are looking to push through a standalone amnesty bill.

Likewise, an amnesty-for-wall funding deal has been shunned by Trump’s base of supporters, as well as the vast majority American voters — including Republicans, Democrats, and swing voters.

81% of Republicans, 90% of swing-voters, and 95% of Democrats said they oppose a DACA amnesty-for-border wall deal.https://t.co/hdwKgpHqcE

The latest Monmouth University Poll reveals that about 88 percent of voters said they oppose efforts to tie an amnesty for illegal aliens to border wall funding. Instead, voters said the issues should be dealt with separately.

Two plans including amnesty for illegal aliens have been promoted by a handful of business-first Republicans and White House adviser Jared Kushner.

The first would have given about 700,000 DACA-enrolled illegal aliens three-year work permits to stay in the country in exchange for border wall funds. The plan has already failed to pass out of Congress.

The second plan floated by Kushner and Senate Republicans is an effort to give more than a million DACA-enrolled and DACA-eligible illegal aliens green cards to permanently stay in the country. This would allow the illegal aliens to bring an unlimited number of foreign relatives to the U.S. after obtaining citizenship. In exchange, the president would receive a fifth of border wall funds.

This month, Trump reopened the federal government by signing a funding bill that continues government spending at current levels. This funding measure did not include any border wall funds.

A Senate conference committee has been created to attempt to strike a deal on border wall funds with a deadline of February 15. While the Senators and the White House negotiate a plan, at least 30,000 illegal border crossings are expected to occur over the next few weeks, as Breitbart News reported.