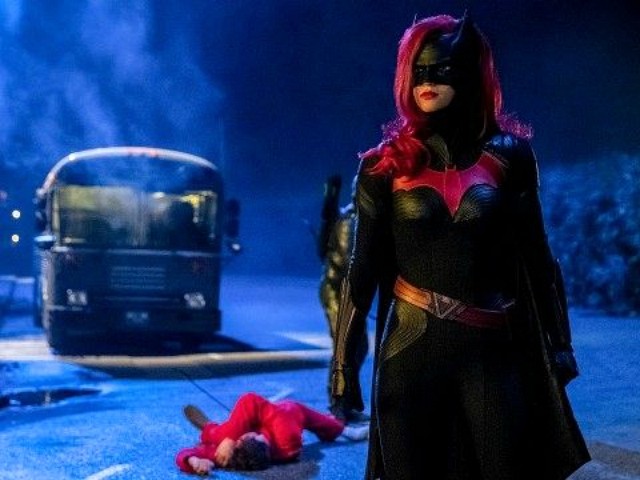 The CW network debuted its lesbian Batwoman character in part two of its crossover special, Elseworlds, bringing the brooding Gothamite into its world of DC Comic-based superhero TV shows.

The debut heralds the coming of the new Batwoman series, which will launch sometime next year and feature a “gender fluid” actress Ruby Rose as Kate “Batwoman” Kane.

Kate Kane is a cousin of Batman’s Bruce Wayne who abandoned a crumbling Gotham three years previously. Kane has come to Gotham to act as a steward to Wayne’s fortune and company but also secretly takes up his superhero mantle, becoming Batwoman in an attempt to stave off a growing Gotham crime wave.

This is the first outright dive into Batlore for the CW superhero universe. There have been hints in the past on several of the series that Gotham City and Bruce Wayne exist, but Batman was usually left hinted at instead of treated as a direct plot point.

With the debut of Batwoman, that penchant to merely hint at Batman is no more. However, there is one complication that will keep Batwoman mostly separated from the Green Arrow, the Flash, and Supergirl as Kate Kane does not exist on the same earth as the others. Like Supergirl, Kate Kane lives on a different “multiverse” earth, meaning that the only way the characters from the various shows can ever interact is if they reach out though a wormhole of sorts that allows them to travel from one universe to another.

Indeed, saving the “multiverse” is the main plot of the three-part “Elseworlds” crossover series.

As noted above, Kate Kane is a lesbian character from the DC Comics, and that fact was not entirely lost on her debut in “Elseworlds.”

While her sexuality was not directly stated in the episode, it was strongly hinted at in the sexually suggestive flirting Kane indulged with Supergirl in her guise as intrepid reporter Kara Danvers.

“Our goal was trying to create a set-up, story-wise, where we could meet her, be intrigued by her, introduce Gotham a little bit … and then have people wondering, ‘What is this world she’s part of?’” Batwoman series developer Caroline Dries told the media. “We just realized the best story for that would be if our guys went to Gotham and she helped out with their story and then shooed them away. So we knew who the character was going into it … the question for us was how to make her sort of mysterious.”

Still, if viewers were looking for a deep dive into Kate Kane, they would be disappointed by the “Elseworlds” debut. Neither Kane or Batwoman saw a ton sreen time in the episode, appearing on screen for only a few minutes each.

Viewers did not get a lot of backstory for Kane either. The episode told viewers that Kane is Bruce Wayne’s cousin, that she came to Gotham to take over after Wayne disappeared three years previously, that she hoped to rebuild the crumbling Wayne empire, and that she is also Batwoman. But viewers were not told the “whys” for any of this. The episode did not address why Wayne disappeared nor why Kane takes up the Bat-mantle?

Rose’s tattoo-splashed Kate Kane also did not exude much personality in this debut. There was much glowering, some grave warnings to get out of her city, and some wistful musings about fixing Gotham during her flirty discussion with Kara, but not a lot of emotive scenes were included. But, with only a few minutes of screen time, there was not much time to get too far into Kate Kane before the show had to run off in pursuit of the plot of saving the multiverse.

Kate Kane was a very minor character in “Elseworlds,” so fans will have to wait to see just what the character has in store for them when Batwoman debuts in 2019. If you can believe that a woman who stands about 5-7 and weighs 120 pounds soaking wet can be a dangerous expert at hand-to-hand combat, then Batwoman may be your thing.