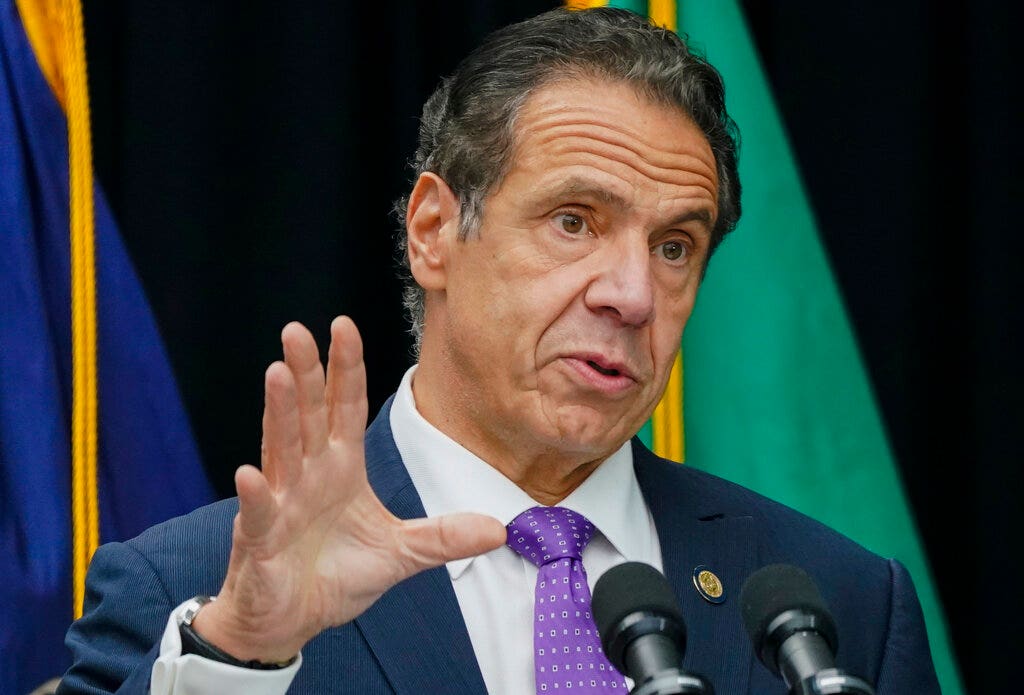 New York Gov. Andrew Cuomo encouraged Dr. Stephen Hahn, the head of the Food and Drug Administration, to “save your soul” and not kotow to President Trump‘s demands for an expedited coronavirus vaccine.

“The White House has been unhappy with the FDA because they’ve been unwilling to accelerate the approval of the vaccine because they want it done for Election Day,” Cuomo said on Thursday.

His comments come after reports by Politico that Health and Human Services Secretary Alex Azar was planning to oust Hahn because the doctor pushed back on Trump’s agenda to release a vaccine before Nov. 3. Hahn instead has advocated for stricter safety standards for a COVID-19 vaccine.

The New York governor said he was  “shocked” that the HHS Inspector General isn’t investigating the matter further.

“For Azar to say he’s going to fire Hahn because he hasn’t been compliant with the political gospel of the Trump administration, that is unethical,” Cuomo said.

Azar has denied that he was planning on firing Hahn in the coming weeks but sparring between the FDA and the Trump administration has been ongoing, slowing efforts to fight the deadly virus, which has resurged in several states throughout the country.

“You’re talking about life and safety on the approval of a vaccine,” Cuomo said. “Trying to rush the FDA to approve it for a campaign platform for the president is abhorrent to the Hippocratic oath that doctors take.”

Cuomo told Hanh to remember his oath and do the duty his medical profession requires.

“Save your soul, Dr. Hahn,” Cuomo said. “Save your soul. For these doctors to totally lose credibility and become politicized in the middle of a global, historic pandemic is just ludicrous — the entire concept.”

Cuomo told WAMC in an interview later Thursday that a letter sent to the White House on behalf of governors inquiring about the cost and logistics of distributing a vaccine has gone unanswered.

Trump has come under fire for his handling of the coronavirus pandemic, which has killed almost 223,000 Americans and infected over 8.3 million others to date.

Opponents of the president have insinuated that Trump is wielding a potential vaccine as part of a political ploy to gain favor with voters on a key issue less than two weeks before Election Day.