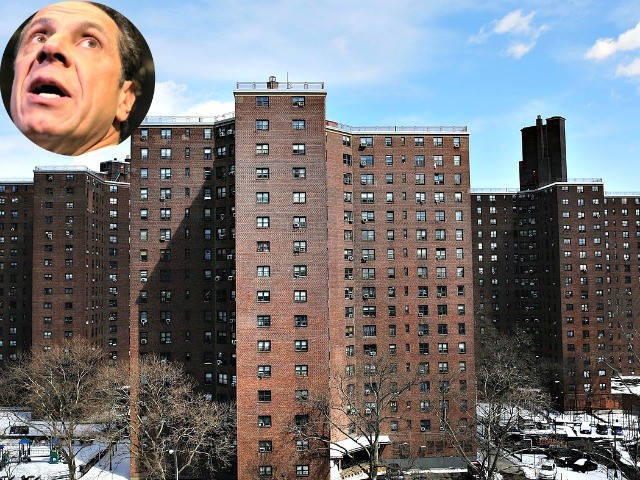 A close ally of New York’s Democrat Governor Andrew Cuomo is reportedly under consideration by the Trump administration to investigate housing corruption that has occurred in the state.

Bart Schwartz, who is the current chairman of Guidepost Solutions and serves on the board of HMS Holdings Corp, has been discussed as having the potential to investigate the problems within the state’s housing projects.

Schwartz was appointed by New York Gov. Cuomo to lead an investigation into his Buffalo Billion revitalization project. The appointment of Schwartz by Cuomo came one day after the governor’s office received a subpoena for documents related to the federal investigation into the program. It was later revealed that Schwartz’s contract was never approved by the state comptroller’s office. However, the comptroller’s office did approve a $1.04 million payment despite a $450,000 cap.

As he looked into whether improper lobbying or undisclosed conflicts of interests occurred in the governor’s Buffalo Billion initiative, Schwartz was given authority to issue civil subpoenas by Cuomo under the Moreland Act in 2016.

After he was charged with a criminal sexual act, attempted rape, sexual abuse, unlawful imprisonment, and forcible touching, Dominique Strauss-Kahn (DSK) retained Schwartz to investigate his accuser and defend him against the allegations.

Many have considered Schwartz to work in favor of corporations facing prosecution instead of governmental investigations. In 2016, during the time when he was hired to investigate the Buffalo Billion, Schwartz received Port Authority contracts.

The state of New York has had substantial problems with the New York City Housing Authority (NYCHA) for years. New York’s estimated 300 housing projects that have more than 400,000 residents have been in decay for years. Due to NYCHA’s admitted failures, HUD Sec. Ben Carson and his agency have the ability to take significant authority over public housing in New York City.

An agreement reached last month between the U.S. Department of Housing and Urban Development, the New York City Housing Authority, and New York City aims to replace NYCHA’s interim chairman and CEO Stanley Brezenoff with fresh leadership, including a new monitor, which will be selected by HUD prosecutors.

As outlined in the agreement, the chosen monitor will receive an annual budget and have the ability to hire staff, consultants, and third-party contractors deemed worthy by the monitor. The monitor will also be required to submit quarterly reports that outline NYCHA’s compliance with the agreement and other information the monitor finds worthy enough to submit.

The agreement also states that the monitor is the point of contact to engage with NYCHA stakeholders and organize or take part in a Community Advisory Committee.

After federal investigators swept records belonging to Michael Cohen, President Trump’s former personal lawyer, Cohen had recommended that Schwartz be named the “special master” to sort through the many documents.

When it comes to improving public housing in New York City, the chosen independent monitor must be truly independent, as stated in the agreement. A monitor is needed to establish order and hold the NYCHA accountable. However, if the wrong monitor is chosen, that could spell even greater disaster for the state and its public housing. Schwartz has been highly criticized for his entanglement with Gov. Cuomo, a clear sign of partisanship, instead of independence.