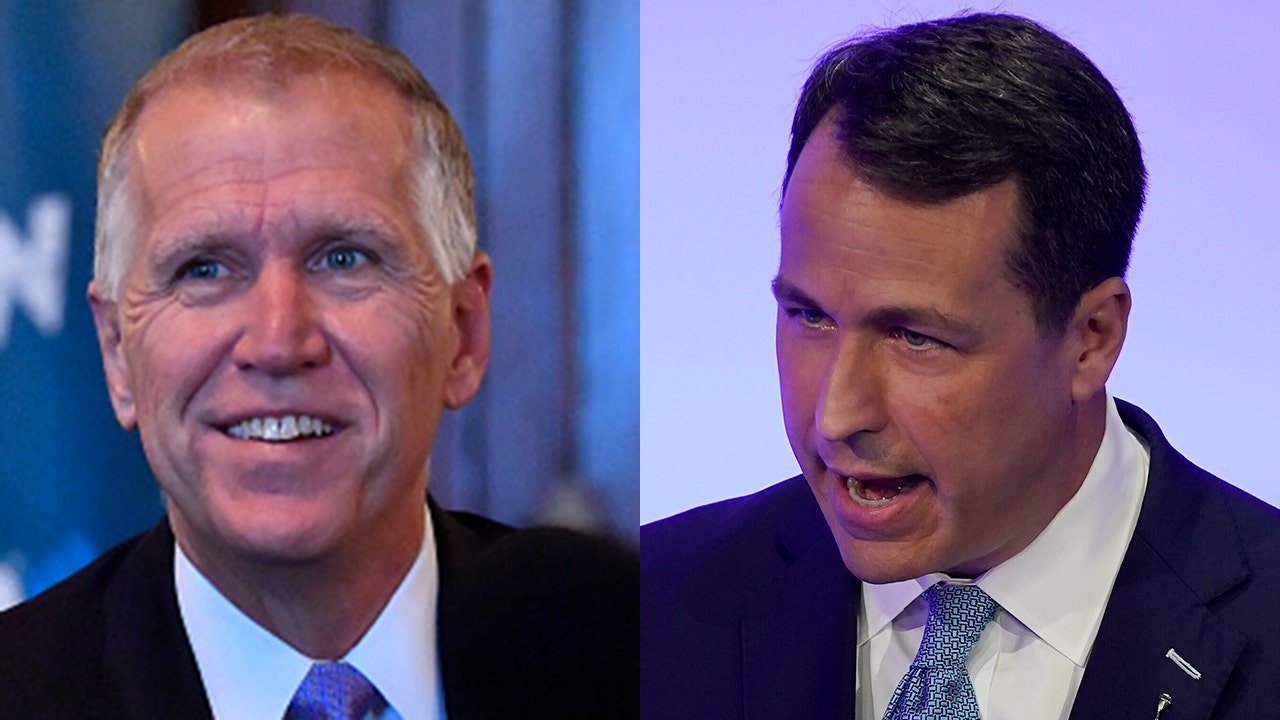 As Democratic candidate Cal Cunningham continues to do well in the polls despite revelations of an extramarital affair, Sen. Thom Tillis’ campaign is pulling out all the stops with a statewide television ad narrated by Army veterans who say they “can’t trust Cal Cunningham in the Senate.”

“The Code of Military Justice. All soldiers live by it. Just like the oath we all take. … Cal Cunningham violated his oath when he had an affair with another soldier’s wife,” the veterans narrating the ad say.

The veterans are North Carolina residents who say they’re voting for Tillis, a Republican.

“Cal Cunningham and his liberal benefactor Chuck Schumer spent millions of dollars trying to portray Cunningham as a man of his word who will protect North Carolina military families, but that version of Cal Cunningham was one big lie,” Tillis campaign manager Luke Blanchat told Fox News. “The real Cal Cunningham is a hypocrite who disgraced his family, the Army and the people of North Carolina.”

The U.S. Army Reserve is investigating North Carolina Democratic candidate Cal Cunningham shortly after a military wife told the Associated Press she engaged in an extramarital affair with the politician as recently as July. Cunningham is a married father of two.

The Army Reserve, however, did not specify why Cunningham is under investigation, according to WRAL.

“Cal will participate in this process, but it does not change the stakes of this election or the need for new leaders who will fight for the issues North Carolinians care about instead of caving to the corporate special interests – which is exactly what Senator Tillis has done in his years in Washington,” a Cunningham campaign spokesperson said in a statement earlier in October.

All eyes are on the North Carolina Senate race as Democrats are hoping to flip vulnerable seats and gain a majority in the upper chamber of Congress. Cunningham is up more than four points according to the latest RealClear Politics polling average.

News of the affair emerged in early October, when conservative website National File published texts between Cunningham and California woman Arlene Guzman Todd in which they discussed meeting up.

Guzman Todd’s husband, Jeremy Todd, an Army veteran who injured his spine during a paratrooper proficiency jump, called for Cunningham to drop out of the race earlier this month.

“If elected, I can only imagine how misplaced his judgment would be for the people he’s charged to represent,” Jeremy Todd said in a statement to the News & Observer. “I firmly believe Mr. Cunningham should drop out of the Senate race and ask that his behavior and actions be reviewed under the Uniform Code of Military Justice.”

Fox News’ inquiry to the Cunningham campaign wasn’t returned at the time of publication.