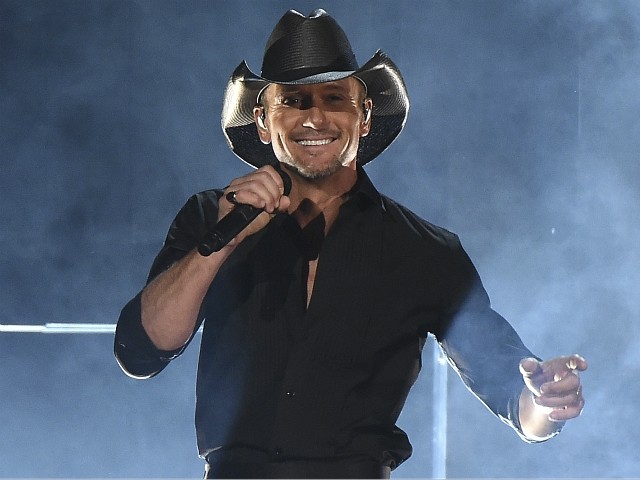 McGraw’s “One of Those Havana Nights” venture will cost tourists between $2,999 and $5,799 to experience, depending on how many a-la-carte luxury experiences they sign up for.

McGraw appears to be offering a critical economic lifeline to the Castro regime, which has experienced a collapse in American interest in travel to Cuba as U.S. vacationers grow increasingly aware of the human rights abuses, in Cuba and allied countries like Venezuela, that the regime funds through tourism revenue. Cuba is also set to lose hundreds of millions from its slave doctor program following Brazil’s demand that Havana pay the doctors full salaries, leading to Cuba withdrawing from the country entirely.

McGraw announced that he will perform along Cuban acts approved by the Castro regime, including the salsa outfit Los Van Van and the nueva trova (Cuban modern folk) singer Carlos Varela. The event is scheduled to occur about six months after the approval of “Decree 349,” a law that bans Cubans from performing or creating any art – from sketches on a notebook at home to underground concerts – without the explicit consent of the Ministry of Culture.

Country music does not enjoy any significant popularity in Cuba, a nation that has more recently embraced hip-hop and reggaeton in addition to traditional genres like son and guaguancó (typically confused with “salsa,” a Puerto Rican genre originating in New York City). Conversely, McGraw’s music has typically carried no overt Cuban or Latin themes, though he recently debuted a Spanish-language version of his soft rock single “Humble and Kind.”

McGraw’s government-approved concerts, allegedly open to the Cuban public, will offer an alternative to more popular genres, like hip-hop, that Cubans have increasingly used to express their displeasure with the nearly century-old communist regime.

“Though I’ve never worked with any Cuban musicians, I’ve long been influenced by music with Latino beats and soul,” McGraw claims in remarks published on the website for the event. “I feel honored that I get to share my music with the Cuban people.”

The website, in English, clearly targets American travelers, however, not “the Cuban people.” Billboard notes that the event offers “an opportunity for McGraw fans to travel to Cuba along with their idol,” and “make foreigners’ typical Havana dreams come true.”

The site explains that the company organizing the event, Music & Arts Live, has abused a loophole in the U.S. embargo in Cuba that allows for “cultural exchange” travel, making a visit for McGraw’s event “100% legitimate.” It boasts that the hefty price tag on the voyage is all inclusive and travelers will receive complimentary cigars, cultivated on land stolen from both Cuban and U.S. citizens, and bottle of Havana Club, a regime-produced rum that uses the brand name despite it still belonging to the Bacardí family, who sell their original recipe Havana Club elsewhere in the world.

The Cuban regime, which oversees and profits off of all performances on the island that they do not violently shut down, has struggled to maintain American interest in spending money on the island. Last year, several major American airlines announced they were forced to limit the number of flights to Cuba due to lack of interest on the part of U.S. fliers. The State Department banned American travelers from staying in dozens of Cuban hotels owned by Gaviota, a subsidiary corporation of the Cuban military and warned them against staying in others where U.S. diplomats suffered brain damage at the hands of an undetermined weapon. Americans have also grown more aware of abuses against U.S. citizens through campaigns intended to raise awareness of Cuba’s use of stolen American property in Havana, Santiago, and other major cities for tourism.

McGraw’s arrival and joint performances with groups like the Castro-compliant Van Van may help raise awareness of Decree 349, taking effect this week, intended to “strengthen the socialist system and increasingly more competently satisfy the material and cultural needs of society and citizens.” The decree requires all artists to register with the Ministry of Culture before engaging in any art, public or private.

The decree is a response to the explosion of independent artists, many rappers and urban performers, who use their music to condemn communism. Rappers responsible for organizing a concert against Decree 349 are currently engaging in a hunger strike in prison; one rapper, “El Osorbo,” sewed his mouth shut in protest. This weekend, a contingent of independent artists were beaten and arrested for silently protesting the decree in front of the Ministry of Culture.

McGraw has not mentioned Decree 349 in his announcement of “Havana Nights,” nor has he indicated that he will address the situation or lend his stage to independent artists at the event.