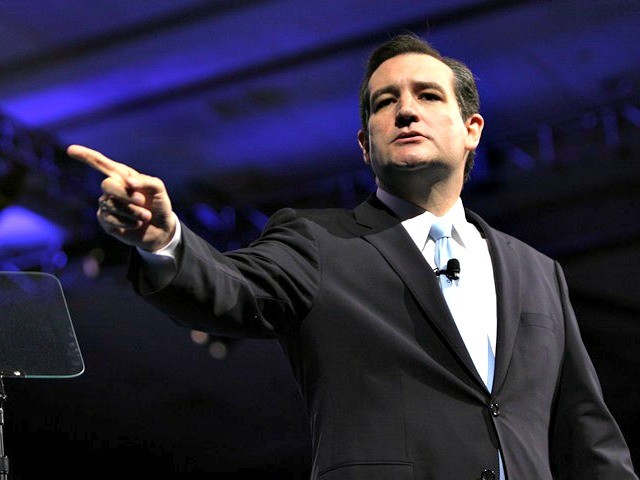 Thursday on the “Hugh Hewitt Show” Sen. Ted Cruz (R-TX) said the media was using the suspicious packages sent to several political figures and CNN’s New York offices as a “narrative that they can twist against” President Donald Trump.

HEWITT: Well now, Senator Cruz, talk to me a little bit about these nine suspicious packages, at least one of which was a real bomb.

CRUZ: Look, it’s, the media’s doing what the media does, which is any narrative that they can twist against Trump, they will do so. This is terrorism. I mean, this is terrorism, and whoever the terrorist needsi to be caught, needs to be prosecuted, he needs to be put in jail for a long, long time. And I’m confident that’ll happen. You know, it’s interesting. You remember some months ago we had the bomber in Austin that was setting off bombs throughout Austin. And I met with the ATF folks, the FBI folks who were leading that task force. And the federal law enforcement has tremendous resources to put, to bear to track him down in terms of components of the bomb. I know they’re, I’m sure they’re analyzing all of those now. And we’re going to catch this guy, and we’re going to put him behind bars. But it is wrong. Violence is always wrong wherever it occurs on the political spectrum. You know, we saw tragically a year ago a crazed gunman coming to Washington, D.C. with the objective of shooting Republican Congressmen and ultimately going to the Congressional baseball practice and shooting and nearly killing Steve Scalise. And this should not be part of our political discourse. Disagreement is fine. It’s even healthy to disagree on policy issues. But violence has no place in it, and we need to be able to disagree with each other with civility and with respect.