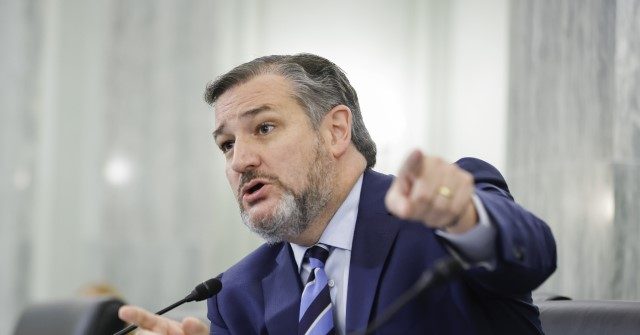 During an appearance on this week’s broadcast of FNC’s “Sunday Morning Futures,” Sen. Ted Cruz (R-TX) criticized President Joe Biden for his pledge to nominate a black woman to the Supreme Court to fill the vacancy by the outgoing Associate Justice Stephen Breyer.

Cruz insisted Biden wanted a “left-wing ideologue” and was willing to discriminate in making his selection.

“Well, let me say at the outset the fact that he’s chosen to put out this racial quota, it is wrong,” he said. “It is wrong to discriminate based on race. If you are, I tried to do what Joe Biden has done if your show put up an ad in the paper that your morning show is looking for a producer, and only black women are eligible to apply, or, for that matter, you put up an ad that said only white men are eligible to apply, or you put up an ad that said only Native American women are eligible to apply, any of those ads would be illegal. They would violate the federal civil rights law. And you or I would face liability. And yet Joe Biden, those laws don’t technically apply to the president in this appointment, but he is certainly violating the spirit of nondiscrimination.”

“If he wanted to search for qualified applicants and find who he thought was the most qualified nominee, and she happened to be an African-American woman, that’s wonderful,” Cruz continued. “But he’s not doing that. He wants to discriminate based on race. And, Maria, it’s also worth noting there’s some irony to this, because Joe Biden broke a threshold, because Joe Biden, not once, but twice, has actually filibustered a black woman to try to stop her from becoming a federal judge. That was Janice Rogers Brown. George W. Bush nominated her to the D.C. Circuit Court of Appeals. And Joe Biden, along with Chuck Schumer, along with Dick Durbin, they filibustered her. They tried to block her from becoming a judge, not because she was a black woman, but because, God forbid, she actually believed in the Constitution and would follow the terms of the Constitution.”

“What Biden really wants here is a left-wing ideologue,” he added. “And — but he also wants to discriminate based on race because the modern Democratic Party supports quotas, and they support racial discrimination.”