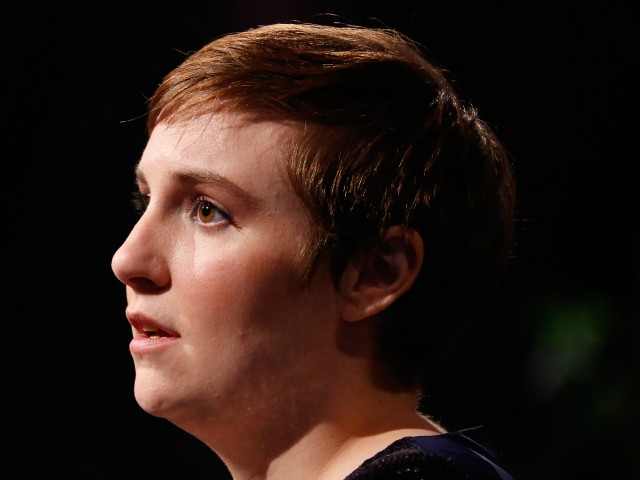 This is a big deal. It tells us attitudes toward Dunham have changed. Let me explain a bit.

There is a left-wing affirmative action that establishment film and television critics use to aid and abet one of their own, and it is of course based on politics. If your politics are “correct” (meaning far-left), too many critics will find a way to prop you up — no matter how horrible the quality, no matter how few people tune in.

A good example of propping up poor quality are all those anti-war-on-terror movies released at the tail end of the previous decade. They were universally dreadful, overwrought, heavy-handed, and preachy. Nevertheless, in order to suck unsuspecting Americans into sitting for two hours of $40 million Hollywood propaganda, too many critics would lie.

The same is true of ratings losers. The viewership numbers for Jon Stewart’s Daily Show were a joke. Night after night, reruns on the Cartoon Network beat Stewart. Even though fewer than one-percent of the population bothered to tune in, because his politics were “correct,” the media still propped Stewart up as an American phenomenon.

Incredibly, Lena Dunham’s HBO show Girls garnered even worse ratings, atrocious ratings, but even with fewer than a million viewers, critics and trend writers also treated her as a cultural phenomenon.

And yet, here we are, just a few years after Girls went off the air, and Dunham’s new show is not only not benefiting from left-wing affirmative action, the knives appear to be out for her.

Well, Dunham is now a liability to the left-wing cause. The lies in her memoir resulted in an innocent man being accused of rape — and in order to sell books, she remained silent as this man was persecuted. After spending years preening as a “believe all women” sexual assault activist, the moment one of her male friends was accused of misconduct, Dunham called the woman a liar. Dunham has been accused of racism, of lying about her dog being abused, of lying about “transphobic talk” at an airport, and on and on.

Don’t get me wrong, I have no doubt her new HBO show really does suck. The trailer is atrocious. My point is that five years ago, it would not have mattered how good or bad Camping was. Critics would have said anything to bolster Dunham because five years ago she was not a drag on the cause, someone who did more damage than good.

But those days now appear to be over, which means Dunham will be judged on merit alone, and as of now, that does not appear to be working out in her favor.