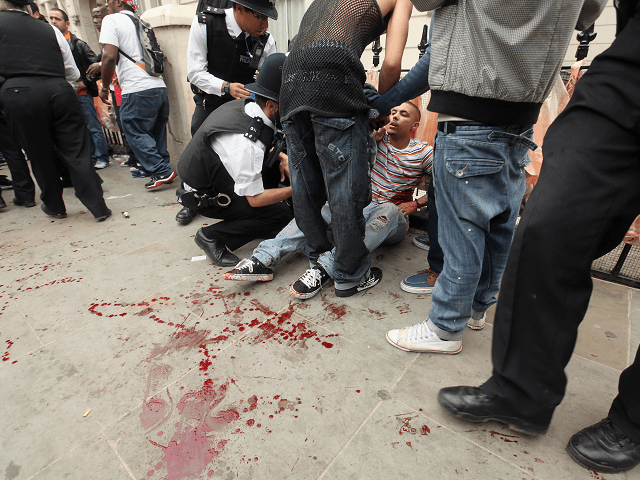 Small businesses have warned against “knee-jerk” legislation as the latest government figures reveal knife crime at its highest level since 2010.

British courts dealt with more than 21,100 knife crime cases in the year to June, according to Ministry of Justice figures. The 36 percent of offences which resulted in a custodial sentence was the highest proportion on record.

“Custodial sentences are now at the highest level they have been,” said the ministry, in its latest report on knife and offensive weapon sentencing statistics for England and Wales.

Rory Stewart, the justice minister, said: “Knife crime is horrifying – it causes catastrophic damage to families with tragic consequences. We need sentences that punish anyone who commits knife crime and deters anyone from doing it in the future.

“These figures show we are catching and prosecuting more of those carrying a blade, and we are sending them to prison for longer.

“But we will continue to do more and through the government’s Serious Violence Strategy, we are also working to prevent young people from ever picking up a knife in the first place.”

While crediting the increase in prison terms to the government’s introduction of a ‘two strikes and you’re out’ minimum six-month sentence in 2015 under Section 28 of the Criminal Justice and Courts Act, the statistics also reveal that 37 per cent of offenders previously convicted of knife possession still escaped prison sentences.

Violent crime has surged in England and Wales recently, with trauma surgeons comparing conditions in the capital’s hospitals to a war zone.

Recorded machete attacks have increased fivefold in the past three years, to the point that police now deal with an average of 15 incidents involving the broad, sword-like blades each day.

Incredibly strict firearm controls appear to be doing little to stem soaring rates of gun crime, too, with London seeing a 44 per cent rise since 2014 — but even though this is occuring despite Britain boasting some of the toughest anti-gun laws in the world, politicians hope increasing restrictions on knife sales can help tackle blade crime.

With calls to ban kitchen knife sales on the basis that domestic food preparation does not require chef-sharp tools and stores voluntarily taking knives off the shelves, the United Kingdom already takes a much stricter approach to sharp objects than most other Western nations, with authorities earlier this year arresting a man for carrying a potato peeler in a public place “without reasonable excuse”.

In June, insisting there is more to be done to crack down on knife sales, the government also introduced new legislation which would make it illegal to deliver bladed items bought online.

Firearm Discharged up to Every Six Hours in Gun-Free London https://t.co/CFnu5KcdtU

But, warning the Offensive Weapons bill is overly draconian and would prevent hobbyists from ordering harmless wood-carving tools online, for example, businesses have said the law would inflict serious damage on smaller companies.

G&S Specialist Timber founder Garry Stevenson said that under the bill, which has passed its first and second reading in the House of Commons, the Cumbria-based company would no longer be able to sell carving tools online to private customers.

“If this comes in we can still send tools to business addresses but won’t be able to supply to private customers such as hobbyists,” he said, stressing that “a ban on online sales would have a detrimental impact on my company.

“It seems to me to be a bit of a knee-jerk reaction. I can’t imagine anyone buying a carving tool to carry out knife crime. They don’t bend or fold and are awkward to carry around,” Mr Stevenson said, adding: “If this law comes in I wouldn’t be able to justify supplying these tools any longer.”