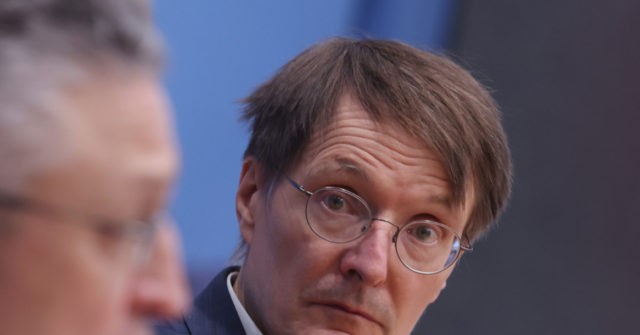 Health Minister Karl Lauterbach — known as a lockdown extremist before he even got into the role with the new German government — has said that he believes the use of the term ‘freedom day’ is inappropriate, as he does not expect the crisis to be over by the time Germany eases restrictions in March.

Instead, the epidemiologist — who has openly voiced his support for forced vaccination for all over 18s —  has said that he thinks the federal republic will be dealing with Chinese Coronavirus for 10 years.

According to a report by Der Spiegel, Lauterback denounced the use of the term ‘freedom day’ during an interview on Wednesday.

“I don’t use this term at all and I don’t think it’s appropriate either,” the minister is reported as saying, claiming that some older people will never be totally free again post-pandemic.

“There will never be full freedom for these people,” he continued. “So I don’t think it’s right to pretend that there is complete normality for everyone.”

While the minister also reportedly voiced his support for some limited easing — which is expected to take place in Germany in late March, compared to other European countries who have already lifted the majority of restrictions — he also warned that he expected his country to be dealing with COVID for a decade.

“I think we’re going to be dealing with COVID for ten years, but with decreasing intensity,” Lauterbach said, noting that things would not be the same as in pre-pandemic times should measures be eased in late March.

While other European countries have been rapidly easing lockdown rules, Germany has dallied in lifting its anti-COVID measures.

According to a Politico report, however, the country has finally agreed to implement a partial loosening of lockdown on March 20th, with a preliminary return to more lax rules for dining expected earlier on March 4.

Meanwhile, countries such as England, Ireland, Denmark and the Netherlands have all dramatically relaxed COVID restrictions, including all but scrapping the use of COVID and vaccine passes within their nations.

Even Austria — which was one of the first European countries to announce a regime of forced vaccination — has announced that it will be imminently lifting lockdown rules targeting unvaccinated, allowing those who are unjabbed or unrecovered from COVID-19 to once again enter bars and restaurants from February 19.

Germany’s cautious exit is being largely attributed to the lockdown loving Lauterbach, who has been criticised by opponents for being inflexible in the face of the ever-changing health crisis.

Lauterbach’s government is also maintaining its commitment to introducing mandatory vaccination, though exactly what form this will take — for those over fifty or all over-18s — has yet to be decided.

The epidemiologist himself has repeatedly voiced his support for forced vaccination for all those over the age of 18, chiding those who have stood against the measure in the Bundestag.

“We’re not getting any further by pushing the problem away from us,” the politician claimed. “We won’t come back to the life we ​​lived and valued if we don’t turn things around now.”