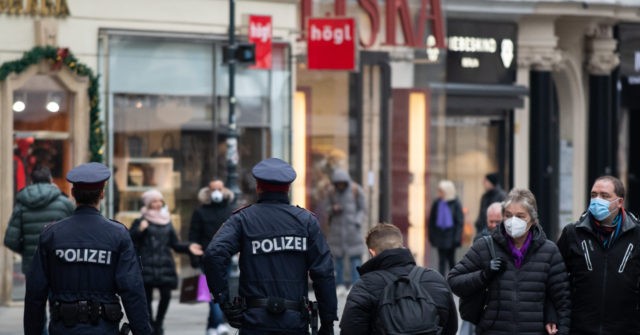 Austria’s mandatory vax regime, which would have been the first of its kind in Europe has been delayed due to administrative issues.

Having been due to come into force on February 1, Austria’s regime of forced vaccination — which would have been the first of its kind in Europe — has since been delayed due to a number of administrative issues.

The delay follows a previous accusation that the government’s rollout of the mandate has been a “botch”.

According to Kronen Zeitung, the vaccine mandate due to come into force on Tuesday February 1 has been delayed, due to the legislation still needing approval from Austria’s Federal Council, as well as the nation’s president.

A post on the official website of Austria’s Federal Ministry of Social Affairs, Health, Care and Consumer Protection backs up this claim.

“The parliamentary procedure in the Bundesrat and signatures by the Federal President and the Federal Chancellor are expected to take place at the beginning of February,” the post reads. “The COVID-19 compulsory vaccination law that has been passed will then be published in the Federal Law Gazette and will come into force.”

It is unclear when exactly the law will now come into effect, with the BBC reporting that it will come into force on February 3, while Wochenblick suggests that it may be as late as February 8 before the rules come into force.

While this delay appears to have resulted in conflicting reports in the media, it is not the first time a government cock up has resulted in the mandate facing issues.

A snag was hit in early January regarding the measures, with an apparent miscommunication between government departments delaying how quickly authorities will be able to enforce rules regarding the vaccine.

While the measure was supposed to come into effect on February 1, the error meant that necessary systems for the mandate would reportedly not be available until early April, prompting accusations of a government botch.

“In the Federal Council I will refuse to give my consent to a handicraft vaccination botch,” said one parliamentary critic, David Egger, who turned against mandatory vaccination shortly after the news of the administrative error.

“What if the Constitutional Court said in one year that it was unconstitutional? That would be a disaster,” the governor previously said. “I would rather have an indirect vaccination requirement, in which PCR tests for unvaccinated people are subject to a fee.”

More recently, some members of the Austrian Greens have also voiced concerns regarding mandatory vaccination, penning an open letter to the country’s Federal Council voicing their issues with the measure.

“…the starting point for health decisions and encroachments on the fundamental rights of citizens is extremely questionable,” the letter — signed “Greens against compulsory vaccination and 2G” — reads. “It cannot be in the interest of the members of the National Council, nor in your interest as a member of the Federal Council, to risk damage to the health of individuals and society.”

“It is your responsibility to investigate the above questions with the utmost care and diligence,” the letter continues.