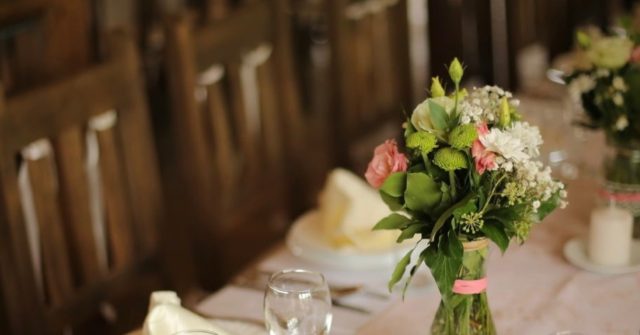 A wedding venue in Luton has been forced to shut down and its manager was fined £10,000 for hosting a wedding reception that reportedly had too many people attend, contravening the restrictions on public gatherings decreed by Prime Minister Boris Johnson.

The wedding venue was ordered to shut on September 25th, after Luton council gave the venue a direction notice on the premises, thereby ordering its closure. Police said that it will remain closed until Council Officers “are satisfied that it can, and will, do so safely.”

Two days prior police were called to the event after being tipped off that a group of 100 people attended the wedding,

The large wedding was allegedly in breach of the UK’s ban on more than 30 people congregating to celebrate a wedding, which was revised down to just 15 this week.

The head of Bradforshire’s coronavirus response, Chief Superintendent John Murphy said in a statement: “We appreciate these are difficult times, and that people getting married will want to celebrate with friends and loved ones – however, we are in the middle of a pandemic so it is imperative that people follow the rules which are there to help stop the spread of the virus and to keep everybody safe.”

“This case was a flagrant disregard of the rules and risked undoing all of the good work that is being done by the majority of people. It also showed a lack of respect for all those who have postponed wedding celebrations or have stuck to smaller numbers,” he added.

A farm owner in Leeds was also handed a £10,000 fine for hosting a wedding on his farmland over the weekend, which saw between 100 and 300 people attend.

Police have shut down anti-lockdown protests each of the last two weekends, and previously given coronavirus sceptic and brother of the former leader of the Labour Party, Piers Corbyn with a £10,000 fine for organising a protest against the lockdown.
On Wednesday, the House of Commons will debate the renewal of the coronavirus law that gave Prime Minister Boris Johnson sweeping powers, which many have compared to George Orwell’s novel 1984.

A group of backbenchers in the party attempted to push through an amendment put forward by Graham Brady. The would have given MPs the power back to vote on new coronavirus restrictions, rather than being ruled by the decree of Mr Johnson.

However, the speaker of the House of Commons Sir Lindsay Hoyle announced that he would not be allowing any amendments to be put forward claiming that amendments could undermine the rule of law. Strangely Sir Lindsay also criticised the government for introducing rules by decree without the consent of the Houses of Parliament.