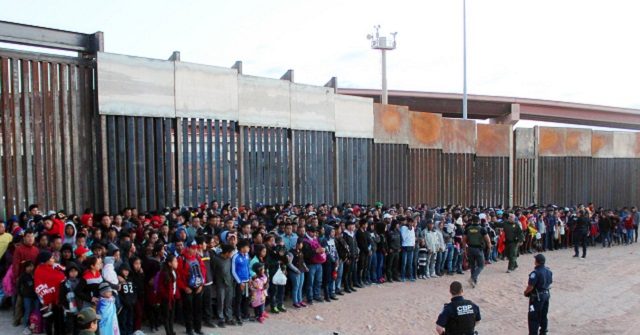 CBP denied a formal request from Breitbart Texas to speak with CBP Senior Officials Performing the Duties of the Commissioner, Troy Miller, about what his observations during his border tour have been and what plans the administration has to address them. CBP officials sharply responded, “Sorry but this is strictly a no-media visit” when asked if the Acting Commissioner would allow for a media visit and answer questions.  As sources previously reported, the Biden administration is tightly controlling the messaging on an ever-growing immigration crisis

In a statement released by CBP regarding recent apprehensions along the border, Miller stated, “Due to COVID-19 restrictions, the border is not open, and the vast majority of people are being returned under Title 42. Do not believe smugglers or others claiming otherwise.”

The situation on the border paints a different picture as to whether it is open or not.

According to sources, today’s visit to the Del Rio Sector is one of several planned for the coming week. Miller toured the Rio Grande Valley and Laredo Sector prior to his arrival in Eagle Pass, Texas.

Many Border Patrol facilities are facing overcrowding not seen in recent years. The quick reversals of nearly all Trump policies and anticipated amnesty plans are again pulling migrant traffic to the southern border in ever-increasing numbers.

In February, CBP reported the apprehension of nearly 100,000 migrants, a total not seen since February 2006. The bulk of these happened in Texas-based sectors.

These apprehensions do not include what is called by Border Patrol officials — “got-aways.” These are the estimated number of migrants who cross the border but are not captured, Breitbart Texas reported. During the first five months of this fiscal year, officials estimate there were 118,000 got-aways — nearly double that for the entire FY2020.

VIP visits are not announced beyond a few local Border Patrol leaders on a “need to know” basis, sources say. Field agents are traditionally invited to hear leadership offer words of encouragement—but not any longer. News media go uninvited–a stark contrast to the previous administration’s habit of high-profile tours.

Only time will tell if the Biden Administration’s “nothing to see here” approach to media relations and secrecy regarding the immigration crisis will work in its favor.

Randy Clark is a 32-year veteran of the United States Border Patrol.  Prior to his retirement, he served as the Division Chief for Law Enforcement Operations, directing operations for nine Border Patrol Stations within the Del Rio, Texas Sector.