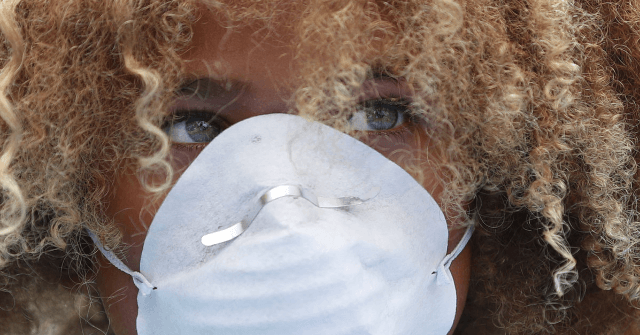 The United States Court of Appeals for the Ninth Circuit ruled against the youth who sued the federal government over climate change, a legal strategy that critics say is really led by grown-up global warming zealots.

The court, one that has been reliably liberal before President Donald Trump became president with the power to appoint judges, did express reluctance, but cited the separation of powers’ role in the ruling:

We reluctantly conclude, however, that the plaintiffs’ case must be made to the political branches or to the electorate at large, the latter of which can change the composition of the political branches through the ballot box. That the other branches may have abdicated their responsibility to remediate the problem does not confer on Article III courts, no matter how well-intentioned, the ability to step into their shoes.

The case, filed in Eugene by Our Children’s Trust, alleges the U.S. government’s climate policies and inaction are harmful. It’s a battle these young people have fought for 5 years.

The lawsuit has bounced from courtroom to courtroom before landing with the 9th Circuit.

Experts with the think tank the Heartland Institute criticized the lawsuit and those really behind it.

“Just like the recent case against Exxon-Mobil in New York that was dismissed, this case by ‘climate concerned children’ was prompted and powered by climate activist interests,” Anthony Watts, senior fellow at the Institute, said in a statement. “In both cases, huge amounts of money, time, and legal expertise were thrown at these claims in an attempt to make a legal case that climate change has been harmful.”

“The bottom line is that while yes, we’ve seen some changes in our climate over the past century, with improved crop yields, better health, reduced deaths from weather disasters, and increasingly less impoverishment worldwide, it is hard to argue that an increase of about 1 degree Centigrade has been detrimental to humanity,” the statement continued.

“Ill-informed kids keep being manipulated by radical environmentalists to sue over purported future climate damages,” H. Sterling Burnett, also a fellow at the Institute for the environment and energy policy, said in the joint statement. “It’s time for federal and state courts to say enough is enough and toss all such lawsuits, recognizing as the Ninth Circuit did that it’s the job of elected branches, not the judiciary, to determine climate and energy policy.”

“Undoubtedly, the plaintiffs arrived in court using transportation that relies on the very fossil fuels they would stop the world from using, and pleaded in a court house whose lights and indoor climate controls depend on those very same fossil fuels,” Burnett said. “Kids should stay in school, not in courthouses.”

NBC reported the plaintiffs will file a petition for review in front of the entire 9th Circuit within 60 days.