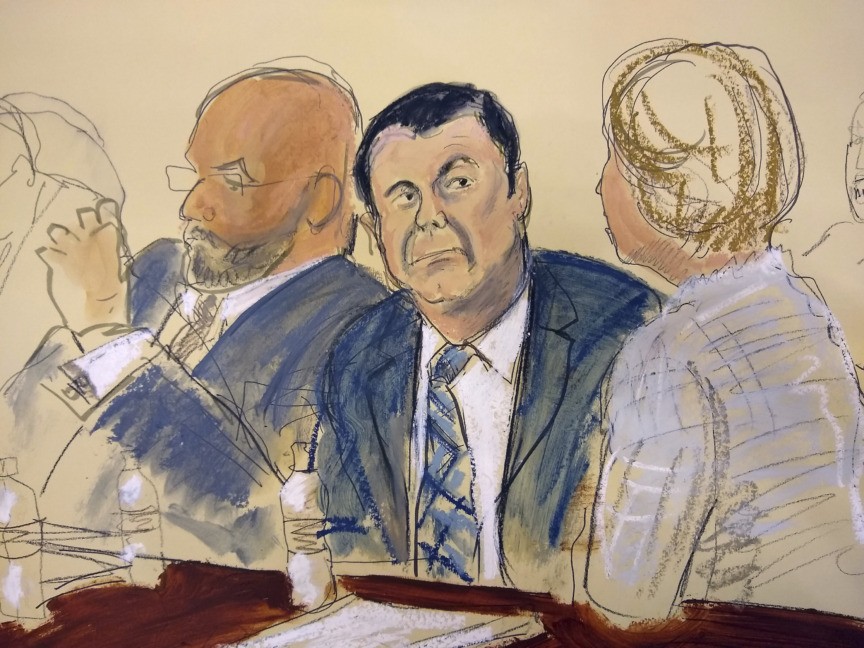 Mexico’s most famous drug lord, Joaquin “El Chapo” Guzman Loera, regularly paid $5,000 to have girls as young as 13-years-old drugged and brought to him for sexual intercourse, court records allege.

Officials disclosed the accusations in a series of documents that were unsealed late this week under orders of U.S. District Judge Brian Cogan as prosecutors in the case sought to limit the type of questions that could be asked of witnesses during Guzman’s trial. El Chapo is currently being tried on multiple drug trafficking and money laundering conspiracies that could lead to several life sentences.

One of the newly unsealed court briefs dealt with the testimony of Alex Cifuentes, a close associate of El Chapo and one of the prosecutions main witnesses. The document was first discovered by Alan Feuer from the New York Times.

Under judicial order prosecutors in the Chapo case have just unsealed several docs.
One revelation: Alex Cifuentes, Chapo’s personal secretary, had a procuress send Chapo pics of 13-year-old girls. Young girls could be bought for sex at $5000 a piece. Sometimes they were drugged. pic.twitter.com/jFs4Fyp76W

The court brief mentioned that Cifuentes would have his staff get girls as young as 13-years-old through an intermediary for sex. The drug lords would receive photographs of the girls and, for a fee of $5,000, the girls would be drugged and brought to El Chapo for sex.

“The defendant (El Chapo) would call the youngest of the girls his ‘vitamins’ because he believed that sexual activity with young girls gave him life,” the court document revealed.

El Chapo’s trial has uncovered the vast level of corruption that reached every aspect of Mexico’s government. As reported by Breitbart News, money from El Chapo’s cartel allegedly touched two former Mexican presidents –Enrique Pena Nieto and Felipe Calderon — and the 2006 failed campaign of current Mexican President Andres Manuel Lopez Obrador (AMLO). The Sinaloa Cartel also bribed numerous Mexican military generals and had them fight his rivals. Former Mexican president Vicente Fox has not been named as having taken a bribe, but testimony unmasked his chief bodyguard as an employee of El Chapo’s cartel.