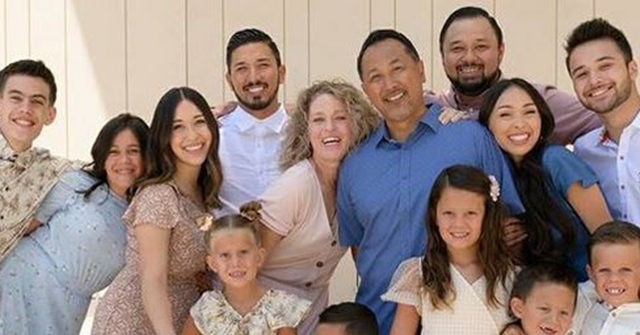 When Pamela Willis saw a Facebook post in 2019 about seven siblings who needed a home, she had no idea her and her husband’s lives were about to change.

“I really felt at that moment that those were supposed to be my children,” Willis recalled, according to Fox 5. “It’s hard to explain, but I just have this really deep feeling like that.”

The kids had been in foster care for over a year after they lost their parents in a car accident.

Although Willis and her husband Gary had fostered children before and have five adult biological kids, the idea to adopt never entered their minds.

Willis tagged her husband in the post and later asked if he read it. To her surprise, he told her they should adopt the children.

“It was one of those moments where we were both really feeling that that was what we were being called to do,” she noted.

The couple learned the children had also experienced homelessness in addition to their late parents’ struggles regarding addiction.

In August, the couple officially adopted the siblings and the family currently lives in Menifee, California.

“From the day we met them, they were ours,” Willis told Fox. “This was a forever commitment.”

She now uses her social media profiles to encourage others to reach out to people who need help.