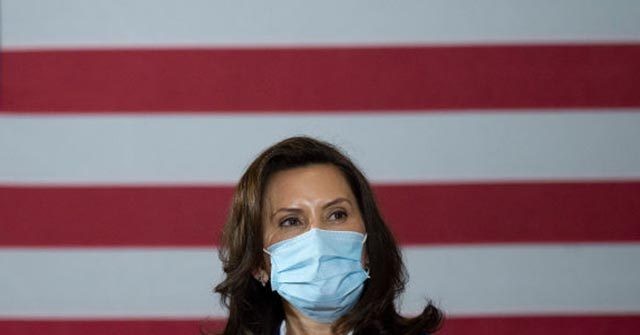 A prosecutor from a large Michigan county raised the prospect of charging Gov. Gretchen Whitmer (D) over thousands of coronavirus-related deaths that occurred in nursing homes.

Macomb County Prosecutor Peter Lucido told WXYZ criminal charges “could be in the works” if families of victims are able to obtain “he vital information about the circumstances of their death and take that to local police and make a complaint as a wrongful death.”

Medical privacy laws prevent Lucido from getting the information, he said.

“Nobody’s above the law in this state.”

Lucido is asking people to go back to the nursing homes and gather the vital information surrounding deaths and take it to local police to file a wrongful death report.

He will be meeting with Macomb County Police to instruct them on how to process and verify the information and bring it to his office.

“The public deserves nothing less,” he said.

According to WXYZ, the association “as a group declined and said Lucido should make the request to the Michigan Attorney General and feds.”

A spokesman for Michigan Attorney General Dana Nessel, a Whitmer ally, told Breitbart News in February there were no plans to investigate Whitmer’s policy that put coronavirus-infected patients in nursing homes to recuperate.

“We generally don’t comment on whether we’ll conduct investigations, and typically those only occur when we receive a complaint,” spokesman Ryan Jarvi said.

“This is nothing more than a transparent politicization of the Department of Justice in the middle of the Republican National Convention,” Whitmer and Cuomo, who is embroiled in his own nursing home death scandal, said, according to the Daily Gazette.

“It’s no coincidence the moment the Trump administration is caught weakening the CDC’s COVID-19 testing guidelines to artificially lower the number of positive cases, they launched this nakedly partisan deflection,” the duo said.

The status of the investigation by the Joe Biden DOJ is not clear.