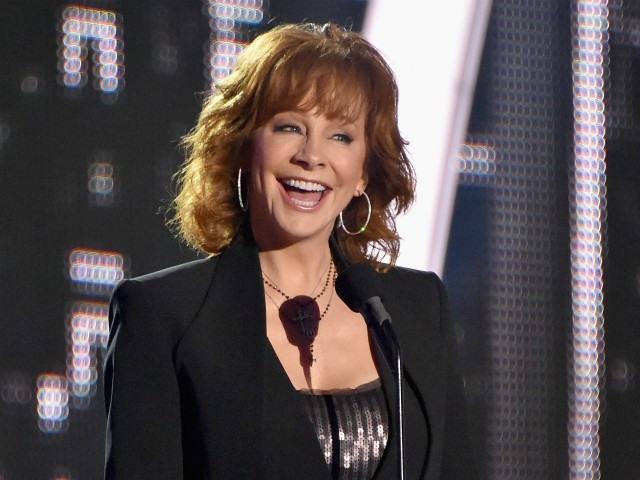 Country singer Reba McEntire bucked the Hollywood trend of liberal activism in a recent media appearance, saying that talking politics is “not my job.”

The 63-year-old is part of a small but significant number of Hollywood stars that don’t like to preach politics.

Last year, McEntire told The View that when she performs at concerts, she is “there to entertain them, to take their worries away from them, so when they walk out, they can kind of have a little lift in their step and go, ‘Aw, that was such a great break from all the problems I have to deal with during daily life.’ So I’m not going to give them my political views.”

Actor Mark Wahlberg has previously talked about his desire not to get political, saying, “A lot of celebrities did, do, and shouldn’t [talk about politics].”

He also said that celebrities are “pretty out of touch with the common person, the everyday guy out there providing for their family.”

“Me, I’m very aware of the real world. I come from the real world and I exist in the real world. And although I can navigate Hollywood and I love the business and the opportunities it’s afforded me, I also understand what it’s like not to have all that.”

Singer Billy Joel has echoed a similar sentiment, saying, “I try to stay out of politics.”

“I am a private citizen and I have a right to believe in my own political point of view, but I try not to get up on a soapbox and tell people how to think.”