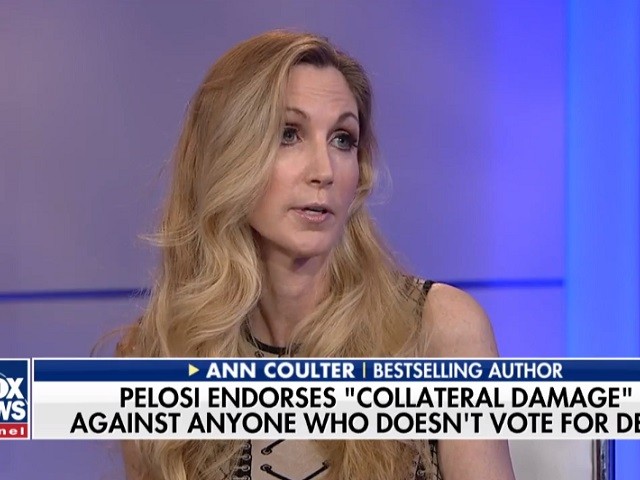 Friday on Fox News Channel’s “Tucker Carlson Tonight,” conservative columnist Ann Coulter, author of “Resistance Is Futile!: How the Trump-Hating Left Lost Its Collective Mind,” discussed how the Democratic Party has evolved over the past few decades and has abandoned working class and a lot of America in order to cater to those wanting to advance identity politics and what she called the “yuppie lifestyle.”

COULTER: It doesn’t look like it. There was an interesting article, you won’t hear these words come out of my mouth very often, in The New York Times this week by Thomas Edsall breaking down all of these polls on how the Democratic Party has changed. And it is, I’ve just noticed looking at or remembered it looking at Nancy Pelosi, white liberal women have just gone off the charts on — on left-wing craziness, and it has nothing to do with economics. The Democratic Party, as some of us kind of noticed, during the Clinton era, that was when it was — began during the Clinton era, just abandoned the working-class, abandoned the flyover people. It is pedal to the metal on identity politics, and — and, you know, the yuppie lifestyle.

CARLSON: Right. The moms in Marin —

COULTER: It’s basically the party of–

CARLSON: –“Resistance is Futile” is her excellent book. Thank you.