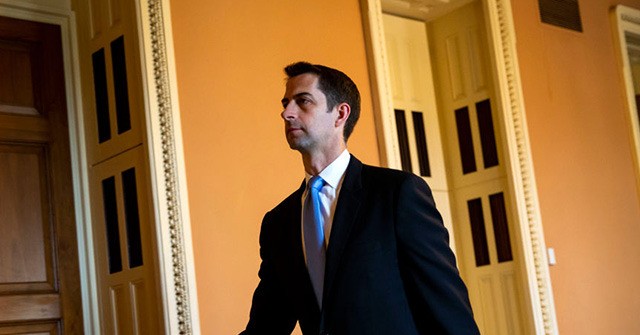 Anchor Maria Bartiromo said, “Your colleagues have tested positive. It looks like it was that Amy Coney Barrett gathering at the White House to introduce her to lawmakers. That really was the place where so many people were exposed.”

Cotton said, “What I can say is everyone is eager to be a work when they need to be at work.”

Bartiromo asked, “You think this will not impact the schedule or the agenda?”

Cotton remarked, “No doubt about it, Maria. Several of the senators who are in isolation right now would come out of isolation before those hearings begin. But the Senate Judiciary Committee has also conducted 20 hearings this year, that have either been in part or in whole virtual. Many Senate Democrats say couldn’t possibly do a virtual hearing or demanding throughout this year going back to March that all committees be conducted over Zoom or Webex or some other virtual hearing. So the hearing is going forward, no doubt in my mind starting a week from tomorrow, Maria and then on the Senate floor later this month. First off, I think every senator who currently tested positive or is in isolation will be back to work under normal conditions, as other senators have been as well, like Rand Paul or Tim Kane. But if that’s not the case, Maria, there is a long and venerable tradition of ill or medically infirmed senators being wheeled in to cast critical votes on the Senate floor.”

He added, “So I’m confident that every senator will be in attendance when his or her vote is needed.”