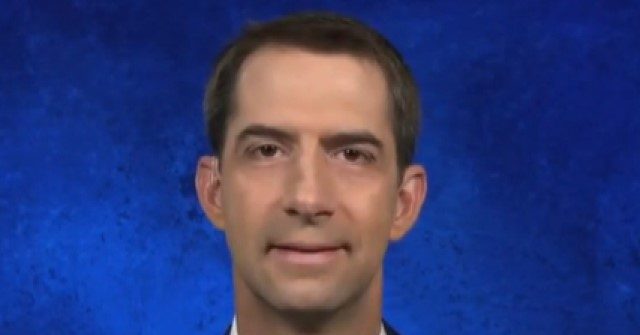 As tension continues to mount between Russia and Ukraine, Cotton said on Fox News Channel’s “America Reports” that the president’s weakness over the last year “has emboldened our adversaries.” He added that Russia appeared poised to attack imminently.

“I do believe Russia now has the troop numbers assembled and positioned in places where they could go for the jugular in Ukraine — strike all the way to the Dnieper River, to Kyiv on the West Bank of the Dnieper River, take the entire Black Sea coast of Ukraine,” Cotton declared. “It is a very dangerous situation, and it’s the end result of a year of irresolution and weakness, not only from Joe Biden but from too many of our European partners.”

He continued, “If you look at what happened in Afghanistan in August with the nuclear negotiations with Iran, President Biden has been weak and passive against our adversaries, and that, not surprisingly, has emboldened our adversaries. They believe that Uncle Sam has a ‘kick me’ sign on his back, and they are taking advantage of the United States right now.