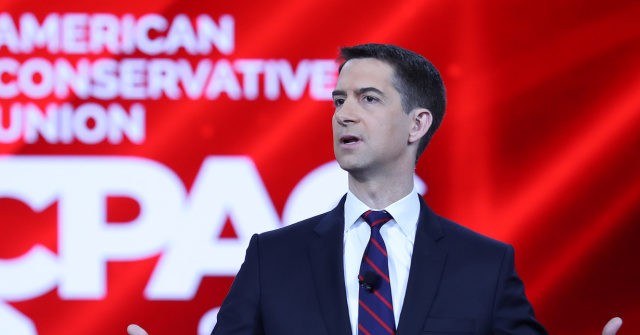 Wednesday on FNC’s “Fox & Friends,” Sen. Tom Cotton (R-AR) argued it has become “increasingly clear” that President Joe Biden and his administration are “simply not telling the truth to the American people” about the Afghanistan withdrawal.

According to Cotton, the Biden administration is “trying to cover up for their gross mismanagement of that crisis.

“I can tell you in real-time last year on both the Armed Services and Intelligence Committee as we monitored what the Army was doing as well as what the CIA was doing, they foresaw that the security situation was deteriorating rapidly,” Cotton outlined. “They did a pretty good job of getting their own people out, but they were only responsible for their own people. It’s the State Department that’s responsible for all American citizens and green card holders and all those Afghans who served alongside of our troops for so long. And they obviously failed catastrophically, and that’s why you saw the chaotic scenes in Kabul last August while we had those service members killed by a suicide bomber and why we left behind thousands of American citizens and green card holders and Afghans who served alongside us.”

“It’s becoming increasingly clear that a lot of what Joe Biden and a lot of what Tony Blinken were saying in the run-up to the fall of Kabul and even as Kabul was falling in its immediate aftermath just was simply not telling the truth to the American people,” he added. “It was trying to cover up for their gross mismanagement of that crisis.”