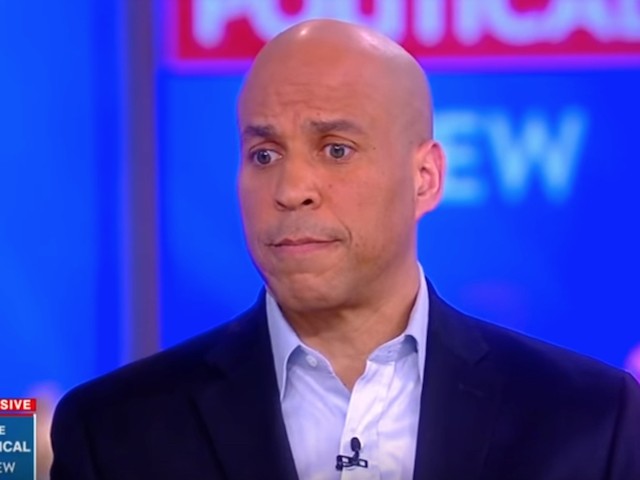 Friday on ABC’s “The View,” Sen. Cory Booker (D-NJ) said he was running for president because in the last two years under President Donald Trump’s administration there is a “cancer in many ways in our country” caused by his “caustic type of politics.”

GUEST HOST ANA NAVARRO: I wanted to ask you, so, the last two years under president loco have seen a spike in hate crimes, homophobia, anti-immigrant crime. Anybody that is a person of color is a target. You know, his comments haven’t helped. It creates culture wars, things like the anthem. How do we heal that? How do we move on from that? How do you propose to heal that?

BOOKER: That’s one of the calls that I feel to run right now. I feel like the strength of my economic ideas, environmental justice ideas are really strong. But look, I faced tough problems when I was managing a city in recession and we learned really early on political fights and the like I realized that what my city needed was healers, people that bring folks together. There’s an old saying if you want to go fast, go alone but if you want to go far, go together. The biggest threat, the cancer in many ways in our country right now is a caustic type of politics that wants to pit us against each other and create the illusion of separateness. We need to put that indivisible back in this one nation under God and address the injustices in our country and tell the truth to people. And look, I think when people make a mistake, they think to be tough you need to be cruel. They think to be strong you need to be mean. Some of the strongest people I’ve ever seen are those who risk a little bit of vulnerability, who stand with unarmed love in front of dogs and fire hoses and batons. We need to reignite a sense of civic grace in our country. We need to not be so quick to judge each other and we need to begin to see that we are in this together. No matter what, we’re in this together. And so that’s what I’m going to be talking about a lot in this campaign.