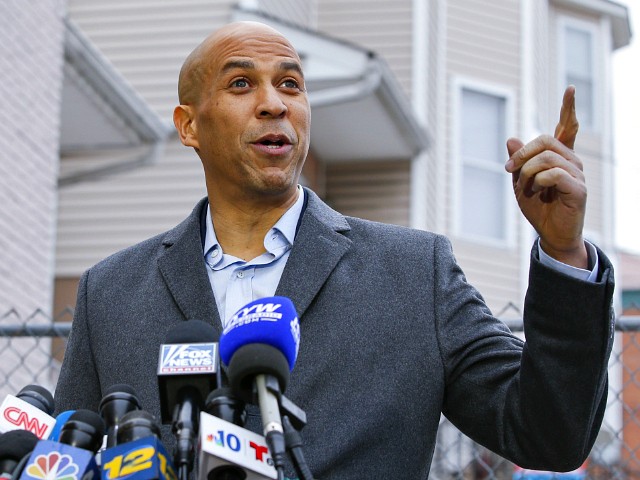 Sen. Elizabeth Warren (D-NJ) also recently dodged the question over whether her Medicare for All plan would eliminate all Americans’ health insurance plans.

Booker dodged the question, saying, “You know, I try to get people because remember, we have a common pain in this country because we lost that sense of common purpose.”

Booker said that he continues to fight for a healthcare system for “everyone.”

Sen. Booker did not elaborate on his specific Medicare for All plan, however, he did mention that he would give a “public option” for Americans.

Booker claimed that his plan would drive down healthcare costs and increase “access” to health care.

More centrist Democrats have suggested that Medicare for All would serve as a good fit for the country.

“I don’t want to guess what [Harris is] thinking, but that is a massive part of the American economy. There is a system in place for funding it,” Durbin said. “It would take a mighty transition to move from where we are to that.”

Bloomberg rebuked the idea of Medicare for All on Tuesday, saying, “You could never afford that, you’re talking about trillions of dollars.”

Former Starbucks CEO Schultz said the idea of Medicare for All is “not American.”

A Kaiser Family Foundation survey found that 56 percent of Americans favor Medicare for All, but Americans’ favorability of the socialized medicine proposal drops to 37 percent when they hear that it would eliminate private health insurance.

Tricia Neuman, director of Kaiser’s program for Medicare policy, said, “Most people are satisfied with the health insurance until they have a problem. The public favors these proposals that would broaden choice, but also want to be sure they don’t lose something that they value.”