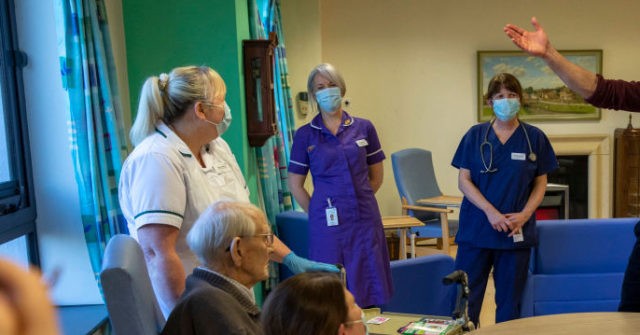 Face coverings contributed to a patient’s death in 2020 after they “aggravated” communication problems between doctors resulting in the administration of a fatal overdose, a coroner’s report has ruled.

The use of face coverings in one of Britain’s socialised National Health Service’s hospitals contributed to the death of a patient after a junior doctor administered 50 kg/mg instead of a 15 mg/kg dose measurement of phenytoin — an anti-epileptic drug — after he misheard a senior doctor’s orders which, it was determined, were muffled by a mask.

The victim John Skinner was admitted to the hospital in May 2020 after suffering from seizures, but later died of acute heart failure and phenytoin toxicity within 15 minutes of being given the fatal dose of the medication at Watford General hospital, The Telegraph reports.

The unnamed junior doctor gave Skinner 3,500 mg of phenytoin which considerably exceeded the NHS’ recommended daily dose of 200mg and 500mg a day, to be taken as 1 or 2 doses.

Graham Danbury, who has been the assistant coroner for Hertfordshire since 1987, found that the doctor’s face coverings had contributed to a “failure in verbal communication” that had resulted in the overdose, and in a ‘prevention of future deaths’ report, wrote that this “foreseeable” tragedy had the potential happen again unless the NHS updated its procedures.

West Hertfordshire Hospitals NHS Trust, who are responsible for Watford General hospital released a statement in response to Skinner’s death claiming that they now have “a comprehensive action plan” in place to “ensure that lessons are learned from this incident”.

There are no reports of any arrests or criminal investigations that occurred in response to Mr Skinner’s death.

Kids with Learning Disabilities Offered ‘Do Not Reuscitate’ Orders by UK Health Service During Pandemic https://t.co/rFzJXP6EYp

The UK government has already acknowledged that masks interfere with communication, and as a result, have removed the mask requirements and advice for pupils at schools with Education Secretary Nadhim Zahawi declaring they “inhibit learning“.

Britain’s Department of Education also released a report in January 2022 that found that “80 per cent of pupils reported” that masks “made it difficult to communicate” and 55 per cent felt wearing one “made learning more difficult” – almost all secondary school leaders and teachers supported their pupils’ findings as 94 per cent believed that face coverings at school had “made communication between teachers and students more difficult”.

The report also published that masks concealing a speaker’s lips were also found to lead “to lower performance, lower confidence scores, and increased perceived effort on the part of the listener”.