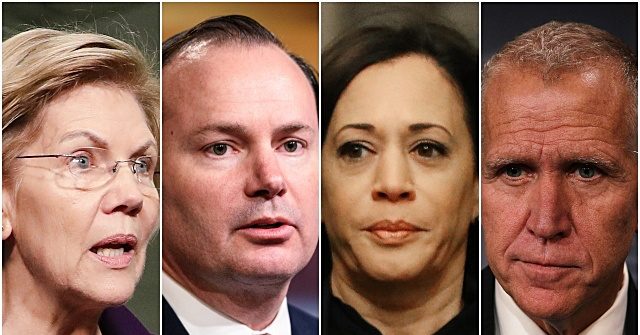 A coalition of 14 Republican and Democrat Senators is pleading with the Department of Justice (DOJ) to provide an early release to elderly felons in federal prison in the midst of the Chinese coronavirus crisis.

The CDC has advised [adults over 60 years old and individuals with chronic medical conditions] to avoid crowds and stay at home as much as possible. Conditions of confinement do not afford individuals the opportunity to take proactive steps to protect themselves, and prisons often create the ideal environment for the transmission of contagious disease. [Emphasis added]

For these reasons, it is important that consistent with the law and taking into account public safety and health concerns, that the most vulnerable inmates are released or transferred to home confinement, if possible. [Emphasis added]

The letter requests the DOJ to “quickly transfer non-violent offenders who are at high risk for suffering complications from COVID-19 to home confinement” and asks that the compassion release program be more broadly defined so that thousands of more inmates can be given early release.

“According to a report recently filed by BOP, in 2019, 1,735 requests for release were initiated by or on behalf of inmates, of which 1,501 were denied by wardens and 226 were forwarded to the BOP Director,” the letter states. “Of these 226, BOP approved only 55 requests and denied 171 requests. We urge you to immediately issue guidance requiring that ‘extraordinary and compelling’ circumstances be interpreted more broadly and clarify that such circumstances include vulnerability to COVID-19.”

Letter to DOJ by John Binder on Scribd

The letter from the 14 Republican and Democrat Senators comes as the George Soros-funded American Civil Liberties Union (ACLU) has asked DOJ to release about 10,000 felons from federal prison in the midst of the coronavirus crisis.

Reports circulated this week that officials with the White House Legislative Affairs Office have requested lawmakers to pass legislation that would free elderly felons deemed “non-violent” from federal prison.

Already, some of these “non-violent” felons released by states have re-offended and victimized more Americans amid the coronavirus crisis.

The latest case involved 42-year-old Joshua Haskell who was given early release after being deemed “non-violent” due to fear of the coronavirus spreading in a Utah state prison. Just days after his release, Haskell allegedly robbed a woman in her home and held her at knifepoint, threatening to murder her.