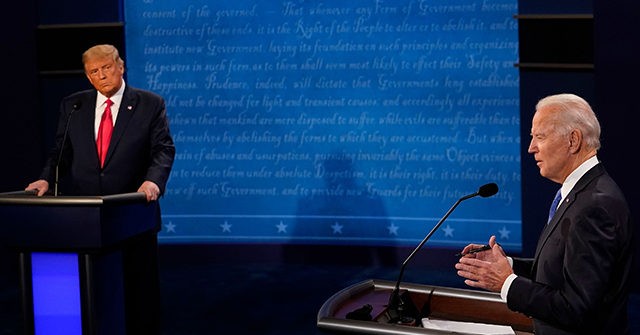 Approximately 378,955 people in the United States have died from the Wuhan virus in Joe Biden’s first ten months in office, according to statistics provided by Johns Hopkins University.

On January 21, 2020, the Centers for Disease Control and Prevention (CDC) confirmed the first coronavirus case in the United States, in the state of Washington, after an individual had returned to the U.S. from Wuhan, China.

President Biden — who campaigned heavily on combating the coronavirus — took office nearly one year to the date of the first recorded coronavirus case, but now the U.S. death toll from the Wuhan virus is expected to more than double within Biden’s first ten months in office.

During the final presidential debate between Trump and Biden on October 22, 2020, Biden insisted that “anyone who’s responsible for that many deaths” — which at the time was at around 220,000 — “should not remain as President of the United States of America,” notes TIME.

While Biden claims that an individual should not remain president if hundreds of thousands of coronavirus-related deaths have occurred during their administration, White House Press Secretary Jen Psaki nonetheless confirmed on Monday that Biden plans to run for reelection in 2024.

The New York Times has also admitted that more people in the United States have died of the coronavirus this year than last year — despite the widespread availability of vaccines.

“This was supposed to be the year vaccines brought the pandemic under control. Instead, more people in the United States have died from Covid-19 this year than died last year, before vaccines were available,” the New York Times reported.