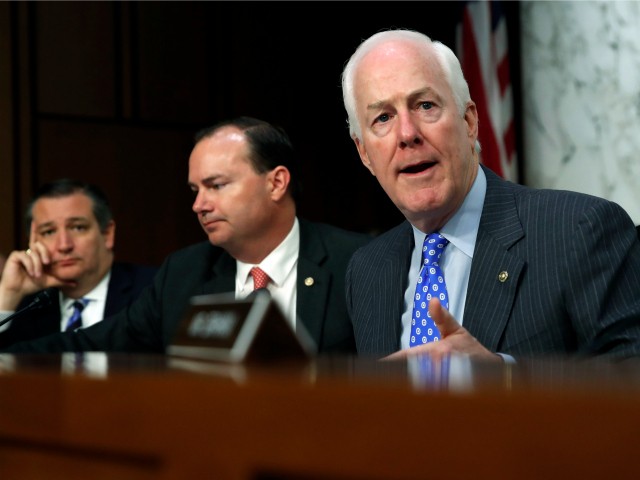 Cornyn said, “The Republican conference is going to meet at about 7:15 and see where we are, but the plan is still to have a markup tomorrow morning.”

One of the reporters asked Cornyn, “Do you think that he can pass out of committee right? Are you confident you have the votes?”

Cornyn answered, “Well, I’m optimistic. I thought the judge did well. We gave Dr. Ford a chance to have her say, and I think it’s time to vote.”