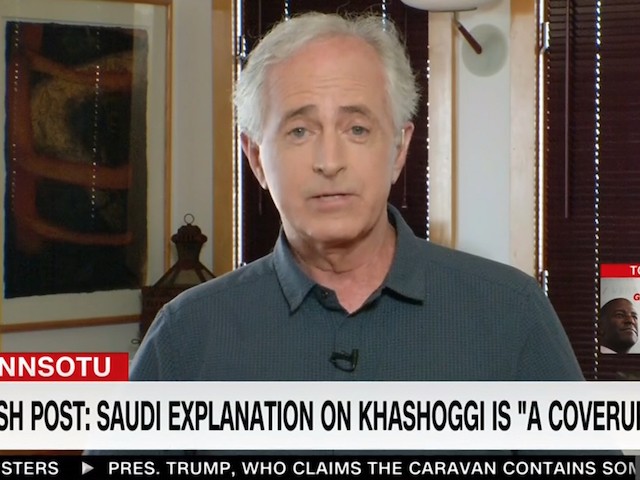 Sunday on CNN’s “State of the Union,” Sen. Bob Corker (R-TN) said Saudi Arabia’s story on the death of journalist Jamal Khashoggi was not “credible.”

Corker said, “No. they’ve lost all credibility as it relates to explaining what happens happened. I do hope over the next few days we’ll actually have the tapes that the Turks have, although we haven’t received them yet. I don’t think anybody believes that story I can understand the president wanting to keep open channels, but I think those of us who want to speak directly to this know it’s just not credible.”

He continued, “I don’t know yet but based on the intel that I’ve read, based on the other excerpts I’ve read, it’s my thinking that MBS was involved in this, that he directed this and that this person was purposely murdered. We’ll have a chance to see that, hopefully, very soon. My sense is, even over the next week it will become much clearer.”

He added, “My sense is that he is behind it. I want to see the rest of the documentation and know more about it. that’s my sense.”