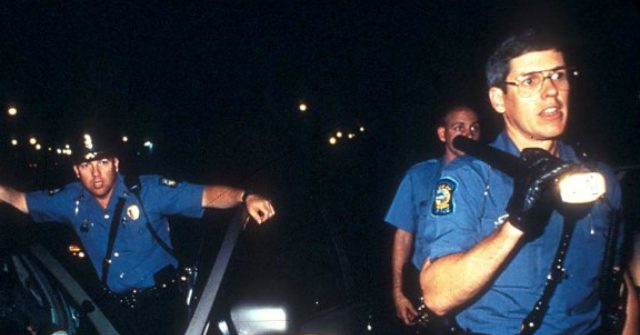 The iconic reality show Cops has resumed production after it was canceled over the summer, as anti-police sentiments swept the country in the form of violent protests in the wake of the death of George Floyd.

According to the Hollywood Reporter, Cops is back in production, with crews reportedly in the northwestern portion of the United States — Spokane County, Washington, specifically. However, the new episodes will not air in the U.S.

“A spokesperson for Langley Productions tells The Hollywood Reporter that the episodes are being filmed to fulfill commitments in international territories where Cops still airs,” the outlet reported.

The Spokane County Sheriff’s Office said in a statement that it has a “longstanding relationship with Cops and [series producer] Langley Productions” and “are pleased they have decided to return, highlighting the outstanding work our deputies provide to all of you.”

News of Paramount Network’s decision to cancel the long-running reality show surfaced in June as racial tensions soared and left-wing activists took to the streets in the form of Black Lives Matter demonstrations, demanding officials to defund police departments across the country.

We call for justice. #BlackLivesMatter pic.twitter.com/GKrThyxru9

“Cops is not on the Paramount Network and we don’t have any current or future plans for it to return,” a network spokesperson said at the time. The ViacomCBS-owned cable channel supported the # Black Lives Matter movement, saying that “these racist and brutal attacks must end.”

Cops first aired in 1989 on Fox and ran for 25 seasons until it was canceled it in 2013. The Paramount Network revived the show.

A&E’s popular cop show Live PD, a documentary series was place on an indefinite production hold around the same time that Cops was canceled.