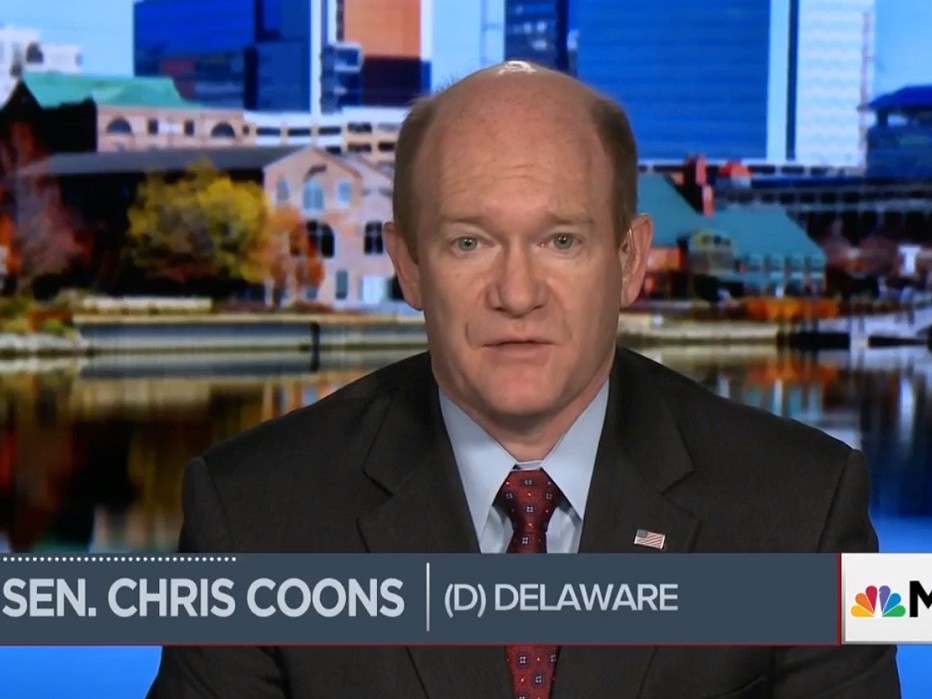 Sen. Chris Coons (D-DE) doubled down Sunday on his stance as a “no” vote on Judge Brett Kavanaugh’s confirmation to the Supreme Court.

“I have made up my mind that I’m voting against Judge Kavanaugh, and that’s based on his jurisprudence,” Coons said on MSNBC’s “Kasie DC.”

Coons added there needs to be a hearing “where it’s possible” Dr. Christine Blasey Ford has the “opportunity to present her allegations” of sexual misconduct by Kavanaugh.

He told host Kasie Hunt, “I think there are a few members on both sides, Republican and Democrat, where who they believe this week will make the difference in how they vote.”