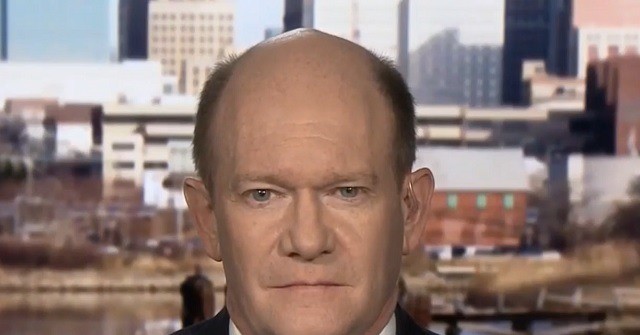 During an interview aired on Saturday’s broadcast of CNN’s “Smerconish,” Sen. Chris Coons (D-DE) said he believes Senate Majority Leader Mitch McConnell (R-KY) has the votes to begin the Senate’s impeachment trial with the House presenting its case, then President Trump’s defense, before turning to a vote on whether or not there will be witnesses.

Coons said, “I will say this, I don’t expect that there will be a successful vote when we start Tuesday to begin the impeachment trial, on witnesses, on documents. I think that Mitch McConnell has the 51 votes he needs to insist on having the case in principle presented by the House managers first, the president’s defenders second, and only then to turn to the fight over witnesses.”