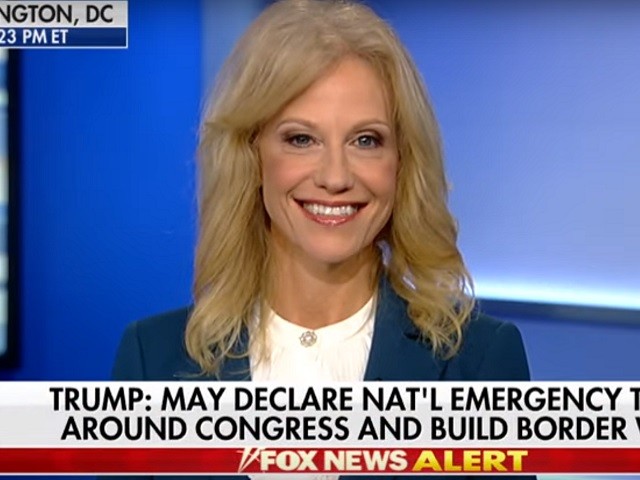 On Monday’s broadcast of the Fox News Channel’s “Ingraham Angle,” White House Counselor Kellyanne Conway stated that President Trump has “never committed to” declaring a national emergency to build a border wall, the legal implications of such a move are being researched by the White House Counsel’s Office, and that such a move “would also let Congress off the hook one more time.”

Conway said, “The president is going to address the nation tomorrow, Laura. He’s going to lay out the facts and figures of what he considers to be a humanitarian and security crisis at the border.”

Host Laura Ingraham then asked, “Is he going to talk about the national emergency aspect of the wall?”

Conway responded, “What he has said about that is that he is considering it. He has never committed to it. The White House Counsel’s Office is researching the legal implications of it. But, in many ways, it would also let Congress off the hook one more time.”