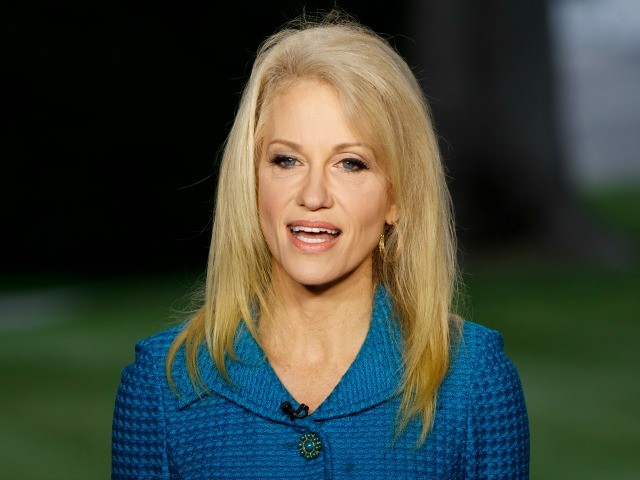 On Monday’s broadcast of the Fox News Channel’s “Fox & Friends,” White House Counselor Kellyanne Conway stated that Supreme Court nominee Judge Brett Kavanaugh’s accuser, Christine Blasey Ford, shouldn’t be “insulted” or “ignored.” She also characterized having Ford and Kavanaugh to testify as “reasonable” and said that Ford “will be heard.”

Conway said, “Well, this woman should not be insulted and she should not be ignored. I think the Senate is headed to a reasonable approach, in that, it seems to me, in speaking to a few senators, including Senator Lindsey Graham (R-SC), that, allowing this woman to be heard in sworn testimony, allowing Judge Kavanaugh to be heard in sworn testimony about these specific allegations would be added to the very considerable mountain of evidence and considerations that folks will have when they weigh whether or not to vote for Judge Kavanaugh to be on the Supreme Court. So, let me make very clear, I’ve spoken with the president. I’ve spoken with Senator Graham and others, this woman will be heard.”

Conway added that the accusations must “be weighed against what we already know, which is that Judge Kavanaugh is a man of character and integrity, who has been through six FBI vettings, which I can tell you firsthand are significant and thorough. He also has been lauded by women from every different aspect of his life.”

She later stated that the vote on Kavanaugh’s nomination shouldn’t be “unduly” delayed.