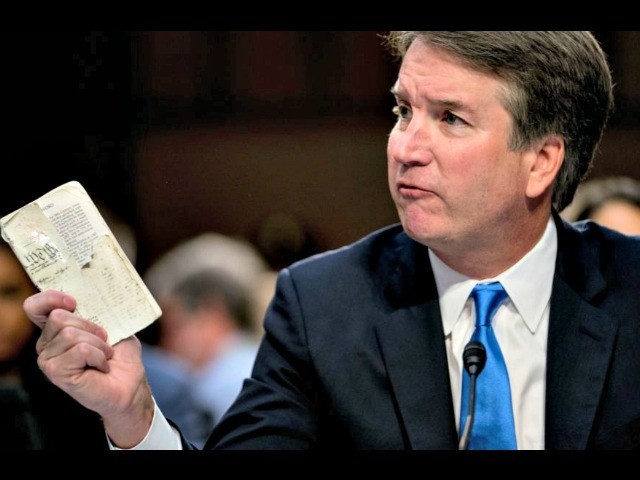 Conservative groups hailed Justice Brett Kavanaugh’s confirmation to the Supreme Court as a “victory” for American liberty and called it a “major step” in restoring constitutional rights in the U.S.

Conservative think tanks, advocacy groups, and legal organizations dedicated to defending religious liberty weighed in on Kavanaugh’s Saturday afternoon confirmation, which was one of the “defining” issues for many voters in the 2016 election.

“This nomination and today’s confirmation were about the Constitution and the foundational freedoms it was designed to protect. Today was a major step in the journey to restore the Constitution to its rightful and intended role in our Republic,” Family Research Council President Tony Perkins announced Saturday.

“Today is a victory for liberty in America. I am overjoyed that the Senate confirmed Brett Kavanaugh, a good man and good jurist. Justice Kavanaugh will serve with distinction as an Associate Justice on the Supreme Court of the United States for years to come,” Heritage Foundation President Kay Cole James said in a Saturday statement.

Kelly Shackelford, President, CEO, and General Counsel for First Liberty Institute, highlighted Kavanaugh’s commitment to religious liberty, the First Amendment, and his “respect” for the court as why he was the right choice for the Supreme Court:

As a law firm dedicated to defending religious freedoms, we are thrilled that Judge Kavanaugh has finally been confirmed to the Supreme Court. Judge Kavanaugh has a solid history and commitment to protecting the religious freedoms and First Amendment rights of our citizens and has demonstrated in his many years on the bench a deep respect for the proper role of the judiciary.

But many conservatives acknowledged the path to nomination was not easy, given that Kavanaugh had to overcome many obstacles from leftists and Senate Democrats looking to sink his nomination.

“History was made today as Brett Kavanaugh overcame an unimaginable smear campaign to be confirmed to the U.S. Supreme Court,” said Perkins. “For the first time in decades, this nomination—his nomination—brought with it the reality of returning to a truly constitutionalist court. Many on the Left couldn’t stand such a thought. And for that, he and his family have paid a tremendous price.”

Some groups decided to investigate the Senate Democrats who tried to bring down Kavanaugh’s nomination.

We are grateful that a majority of the Senate rejected the leftist smears, abuse of process, and rejection of constitutional norms. Now there must be accountability for this lawless assault on our constitutional republic. Judicial Watch has launched an investigation into the Senate ethics and legal abuses by anti-Kavanaugh Senators. And we will continue to pursue our Senate ethics complaint against Sen. Booker for his admitted violation of Senate rules, the violation of which requires expulsion from the Senate.

The Senate confirmed Kavanaugh to serve on the Supreme Court in a 50-48 vote on Saturday afternoon, giving conservatives the upper hand as the shift in the balance of power on the court could potentially make this the most conservative Supreme Court since 1937.