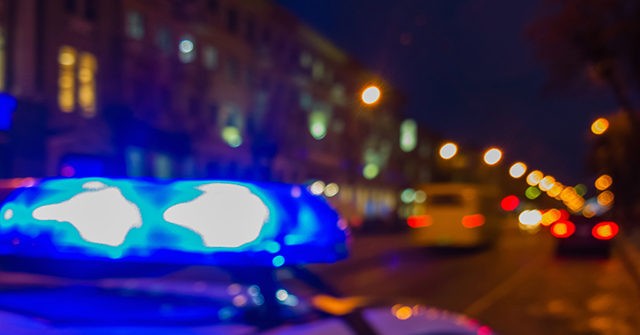 The Connecticut Republican Party launched an ad Tuesday that targets a bill, passed by the Democrat-led legislature, that has posed dramatic changes in the relationship between law enforcement and the communities they serve.

The ad, titled “Hero,” has been released two weeks before Election Day and seeks to alert Connecticut citizens the bill, signed into law by Democrat Gov. Ned Lamont in July, is making it more difficult “to recruit and retain police officers who keep our communities safe.”

“These reforms are focused on bringing real change to end the systemic discrimination that exists in our criminal justice and policing systems that have impacted minority communities for far too long,” Lamont said upon signing the bill.

Whenever you’re someone who’s in trouble, a victim, every second counts. In 2020, Connecticut Democrats pushed an anti-police bill which could lead to less and less officers protecting our communities. What does that mean for a victim who’s waiting … and waiting … and waiting?

The ad continues with the warning that “response times” for help “could go from eight minutes to 30 minutes.”

“Connecticut Democrats pushed through radical anti-cop legislation, making our communities less safe,” the Connecticut GOP posted to Facebook. “We need to hold them accountable by voting them out on November 3rd, 2020!”

Urged on by Black Lives Matter and the left-wing American Civil Liberties Union (ACLU), the bill was pushed through during a rushed special session of the legislature.

Melvin Medina, public policy and advocacy director of the ACLU of Connecticut, praised the bill’s approval but added, “policymakers must recognize their work has only just begun”:

We applaud the majority of legislators who, in an act of solidarity with their Black and Latinx colleagues, voted to better protect the public from police violence. To the legislators who instead voted to shield the profession of policing from accountability, do better.

Every Connecticut Senate Republican voted against the bill.

The Connecticut Mirror reported on the sweeping nature of the bill:

The measure represents a breakthrough for Black Lives Matter, the ACLU and other groups that have struggled and, until now, most often failed to make significant changes in how police are recruited, trained, deployed, managed and disciplined. The bill is comprehensive, packed with reforms deemed politically impossible in past years.

The bill created a new “office” of “inspector general” to investigate complaints against police. The law also requires body and dashboard cameras and restricts circumstances in which police may use deadly physical force.

The most contentious section of the new law is that it altered the concept of qualified immunity, which prevents police officers from experiencing personal financial damages due to civil lawsuits related to their work.

State Sen. Dan Champagne (R) said the bill would bar police from pressing motorists to search a vehicle unless they had probable cause to do so, a situation that would likely cause officers to recoil for fear of being sued.

Champagne asserted the bill does not single out bad officers. Instead, it targets all law enforcement officers.

“Basically, nobody wants the bad policeman left in the police department,” he said. “When it comes down to it, we have these laws put in place that are going to punish all officers—all good officers.”

The fear of losing police officers is a reality that other areas of the country are experiencing.

According to the news report:

One retiring patrol sergeant who had been on the force for more than 20 years said, “I refuse to work for this socialist city council and their political agenda. This agenda sacrifices the health and well-being of the officers and ultimately will destroy the fabric of this once fine city.”

When asked during an exit interview about factors that led to low morale in the department, one officer said, “The council wanting to defund us and gaining ground doing it. Rioters not being charged even when they assault officers.”

Yet another officer responded, “Current hostile work environment. In a precinct that is under civil unrest by a small group that is constantly committing multiple felonies and attempting to murder peace officers.”