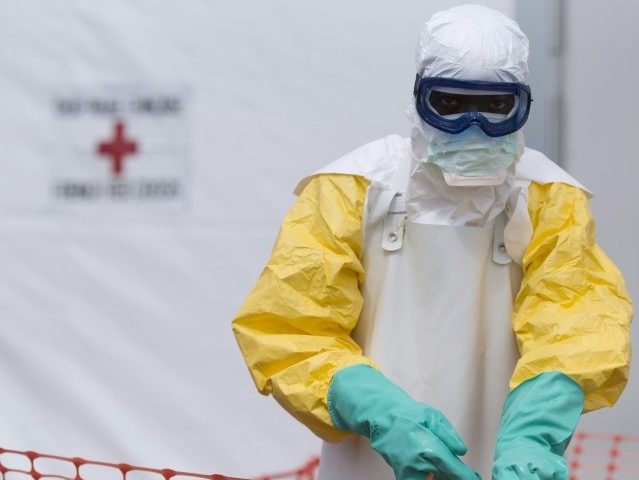 The much-feared spread of Ebola virus from rural regions of the Democratic Republic of Congo (DRC) to larger cities and across the border into neighboring countries may be coming to pass, as the ongoing conflict in the DRC continues to impede the efforts of doctors and aid workers.

The Centers for Disease Control (CDC) reports that the current outbreak is occurring in the worst of locations: the provinces of North Kivu and Ituri, which are heavily populated, trade heavily across the border with Rwanda and Uganda, and are experiencing a “deteriorating security situation” due to a violent and chaotic insurrection.

Hopes for greater stability in the DRC suffered a setback on Thursday when a fire of unknown origins destroyed an electoral commission depot in the capital of Kinshasa, jeopardizing plans to arrange an orderly exit for President Joseph Kabila, who has lingered in power for two years after the formal end of his term. Kabila advisers blamed “criminals” for setting the fire, while the outgoing president himself promised to hold a “perfect election.”

Some 8,000 electronic voting machines were reportedly destroyed in the blaze, but election officials were cautiously optimistic they could replace most of them with machines borrowed from other parts of the country.

Congolese Health Minister Oly Ilunga Kalenga warned last week that Ebola cases are spiking in Butembo, a large city in North Kivu province that serves as a trade hub with Uganda and Rwanda. International health officials expressed concerns about the deadly virus spreading across the border or spreading so rapidly in crowded Butembo that vaccine stockpiles could be quickly depleted.

Rwanda and Uganda have both prepared Ebola contingency plans, while the Red Cross is putting together rapid response teams. The Red Cross in Rwanda warned in November that the country has little experience at dealing with Ebola so an outbreak could spread quickly.

Another concern is the flow of Congolese refugees fleeing the conflict zone to South Sudan and possibly bringing Ebola with them. The World Health Organization described South Sudan as going on “high alert” this week as thousands of health care workers and first responders received Ebola vaccinations.

“I think it could be a matter of days before DRC’s epidemic spreads to more urban centers or spills over into neighboring countries,” Liberian Ebola expert Mosoka Fallah warned on Thursday, pointing to gaps in the contact list for Ebola cases that suggest the virus is spreading through victims who are unknown to the authorities.

The U.N. Security Council has called for an end to violence in the DRC so medical personnel can safely work on containing the Ebola outbreak, now widely judged the worst in the DRC’s history and the second-worst overall. The U.N. has been urged to take stronger measures, possibly including a larger peacekeeper deployment to more aggressively protect medical teams. The U.S. government has also been asked to relax its safety concerns and send more CDC personnel into the conflict zone to contain the outbreak.