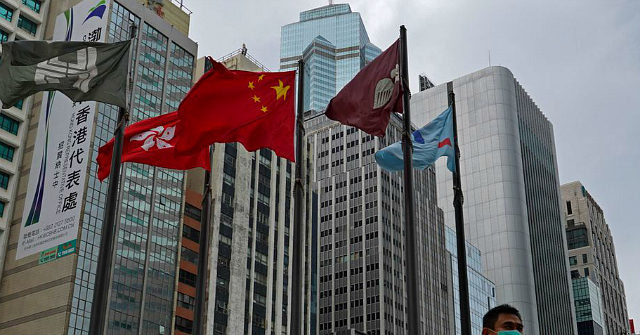 While the Chinese Communist Party (CCP) confidently boasts that the security law it intends to impose on Hong Kong will stabilize the city and win applause from business leaders, some corporations are making plans to flee before the last shred of Hong Kong’s autonomy is destroyed.

RTHK noted on Friday that “global companies were already getting squeezed by rising costs and uncertainty after prolonged, sometimes violent clashes between police and pro-democracy protesters.”

The CCP claims that decisively ending the protests by redefining them as sedition will clear up that atmosphere of uncertainty, but it will also remove the freedom and respect for the rule of law that attracted so many international companies to Hong Kong:

Scott Salandy-Defour, founder of clean-tech startup Liquidstar, said he has been considering moving out of Hong Kong, and the security bill is the “last straw”, he said. “I don’t see how it gets any better from here.”

“When we say we’re a Hong Kong-based company when talking to investors, it’s just not as attractive as it was as a year ago,” said Salandy-Defour, whose company provides sustainable battery rental and charging services for developing countries.

“We’re potentially cutting ourselves off from a lot of different funding avenues, like grants from the US government,” he said.

Other business owners asserted that they were concerned Hong Kong was a “riskier” bet than before because of the overarching power Beijing now possessed.

Another problem facing international business concerns is that other governments will begin adjusting their trade and financial policies toward Hong Kong once it becomes just another tyrannized rock under Beijing’s boot.

The United States has already announced it no longer considers Hong Kong autonomous, which could swiftly affect currency exchanges. Global financial institutions have spoken of downgrading Hong Kong’s rating as a business environment, and huge amounts of capital move based on those ratings. Safer alternatives than Hong Kong are not far away, and some companies have been exploring them ever since the protest movement exploded last year.

AFP reported this week that the Hong Kong stock exchange is already jittery about capital flight, adding to losses caused by the past year of political unrest and the Wuhan coronavirus pandemic. Property values and financial stocks appear to be taking especially big hits.

RTHK quoted some less pessimistic analysts who thought companies that already have a substantial footprint in mainland China were unlikely to bolt Hong Kong because it loses its autonomy.

The most optimistic outlook was provided by Hong Kong Police Commissioner Chris Tang, who said in a Chinese state media interview that investor confidence will only be strengthened by a national security law that cracks down on “independence forces” and “radical violent activists.”