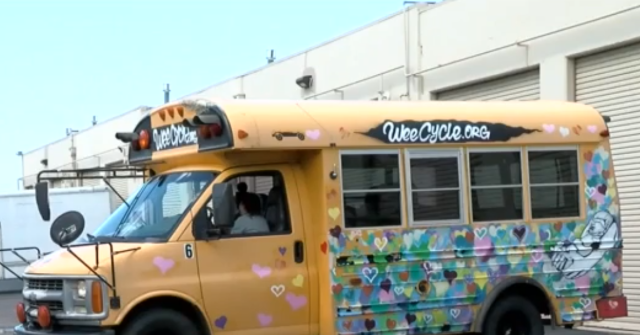 A community in Aurora, Colorado, came together to repair a stripped delivery bus so a nonprofit can help families who need baby supplies.

WeeCycle Executive Director Morgan Seibel told Denver 7 that thanks to the community efforts, the bus is driving better than ever. The bus delivers and picks up thousands of diapers and other baby supplies every month.

“We have been serving approximately 700 children a week,” Seibel said.

The demand increased drastically in 2020 compared to 2019, when the organization served 11,000 children in one year. The nonprofit helps families in need of baby supplies and diapers.

Seibel said her organization struggled to keep up with demand in the past month because a suspect stole a catalytic converter from the bus, causing thousands of dollars in damage and put the bus out of service for an entire month.

A local mechanic donated a temporary van for use and planed to give it to the organization permanently, but the suspected criminals struck again and stole the catalytic converter. Seibel returned the van.

Employees volunteered to use their own vehicles to transport supplies, but they were much smaller than the bus’s capacity, which could hold up to 30,000 diapers.

Denver 7 shared Wee Cycle’s story in May, and viewers came to the organization’s aid, raising $850.

Juan Carlos Saenz, a part-owner of an auto body shop and mechanic, saw the story on Denver 7 and reached out to help. Saenz donated the parts necessary to replace the catalytic converter and put Seibel in touch with another mechanic who could do the labor at a deeply discounted price.

Seibel’s nonprofit landlord had also offered her a place to park the bus for one year at no cost.

“Thank you, thank you so much to Channel 7 and to everybody that donated and to all of those that reached out to help get our bus back in action,” Seibel said.