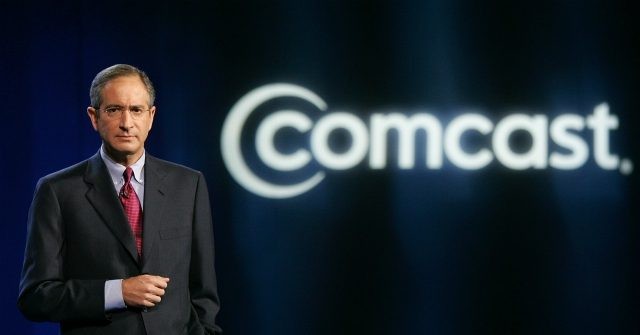 Media giant Comcast will commit $100 million to a three-year plan aimed at promoting social justice causes, including grants to the NAACP, in the wake of the nationwide Black Lives Matter protests, the company announced on Monday.

In a blog post, the Chairman and CEO of Comcast Corp Brian Roberts said the plan aims to help eradicate “discrimination against any race, ethnicity, gender identity, sexual orientation or ability.” He did not, however, mention the death of George Floyd in police custody or the violent protests that have rocked America over the past two weeks.

“I’ve spoken with many employees — as have our leaders across Comcast Cable, NBCUniversal and Sky — and we have begun to mobilize as a company,” Roberts said. “While we recognize we don’t have all the answers, we agree it’s time that we start putting our words into real, sustainable action.”

Racism, hate and inequality have no place in our company or society. We are committing $100 million to a comprehensive, multiyear plan focused on social justice, our employees, awareness & education, digital equity and small businesses. https://t.co/1N4AxqCxYc pic.twitter.com/y8fOU75HB9

As part of the initiative, the company will pledge $75 million in cash and $25 million in media to be distributed over the next three years. Recipients will include social justice groups including the National Urban League, the Equal Justice Initiative, the National Association for the Advancement of Colored People (NAACP), and the NAACP Legal Defense Fund.

“We know that Comcast alone can’t remedy this complex issue,” he continued. “But you have my commitment that our company will try to play an integral role in driving lasting reform. Together, we hope to help create a more equitable, just and inclusive society.”

The new initiative will be led by Craig Robinson, Executive Vice President, and Chief Diversity Officer at NBCU, in collaboration with executives across Comcast, NBCU, and Sky. Other aspects of the program will include a focus on diverse employment practices, education, and grants to minority-owned small businesses particularly affected by the Chinese coronavirus pandemic.

Based in Philadelphia, Pennsylvania, Comcast remains the second-largest broadcasting and cable television company in the world by revenue as well as the largest home Internet service provider in the United States. Its subsidiaries include NBCUniversal, Sky Group, and Xfinity.