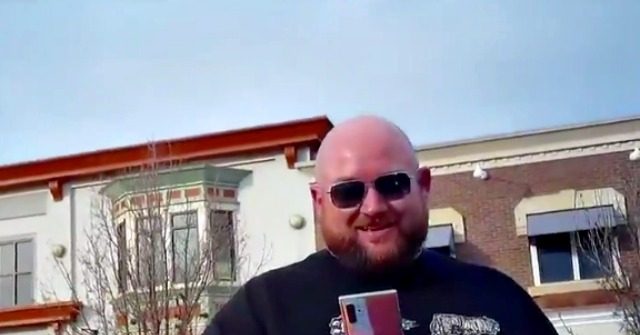 A Colorado congressional candidate recently raised money with a man who was caught on camera saying he wanted to kill Trump supporters.

Project Veritas captured Jacks, a member of the Colorado Democratic Party Executive and Central Committees, on camera earlier this year invoking revolution and proposing terminating Trump supporters in the streets.

BREAKING: Denver area @coloradodems exec committee and @OurRevolution chair @Kyoti00 “2020 is a political revolution”; “Want to change this country,with violence…there’s only one way to do it.”; “Guillotines mother f**ker”; “Killing random Nazis in the street”#ArmedRevolution pic.twitter.com/QnmqHdrJ8o

Jacks’s apparent solution in his recorded conversation included a “strategic hit on the .1 percent that’s in charge,” as well as, “It’s truly killing random Nazis on the street, random fucking bootlickers.”

He seemed to fantasize about “random billionaires” “turning up dead.”

Jacks expressed his love for Antifa and theorized radicals need to just talk about “guillotines” to apparently keep elites in line.

“Option A, what I’m proposing. Option Two, slicy bois. What are your choices? Which one do you want?” he said in the Project Veritas video.

He went on to suggest Joe Biden will merely be a stooge for the far-left due to a “functioning signing hand” for progressive legislation. Jacks went so far as to threaten Biden if the prospective president does not do what the radicals demand.

During a debate on Friday, Buck brought up the fundraiser and Jacks’s statements:

(A source told Breitbart News the laughing heard in the video was from another event in the same building unrelated to the debate.)

Buck brought up the fundraiser in his closing statement, so McCorkle was unable to respond formally without break the rules.

They can run but they can’t hide pic.twitter.com/ow0AgHoqXI

Jacks defiantly admitted it was him on camera.

“Yes, I will lie to people who lie to us. I will cheat people who cheat us,” he said.

“I stand by everything that I said,” Jacks told O’Keefe.