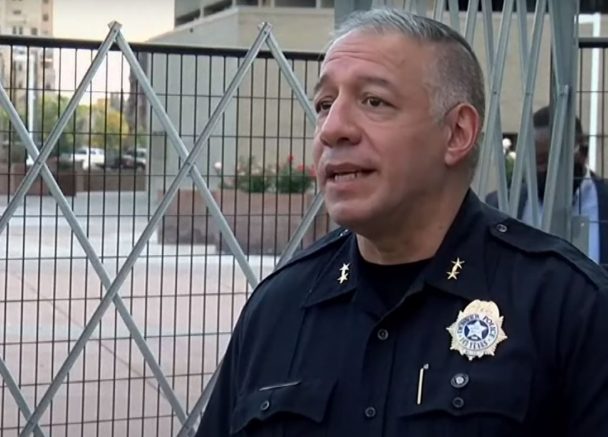 A man attending a pro-police rally was fatally shot and one suspect is in custody following clashes with counter protesters in Denver, Colorado this weekend. The violence reportedly broke out near the Denver Art Museum on Saturday afternoon.

Black Lives Matter and Antifa protesters showed up to push out those attending the “Patriot Rally,” which was held in support of law enforcement. According to the Denver Police Department, an argument broke out just as the two demonstrations began to disperse.

“There was a verbal altercation that transpired, a firearm was discharged (and an) individual was shot,” explained Chief Joe Montoya. “There were two guns recovered at the scene.”

Someone just shot someone else in front of the police in the Antifa protest/anti-Antifa counterprotest Denver. Cops made an immediate arrest. pic.twitter.com/PuE7qo4gfC

However, witnesses have said they think the situation was more complicated than that.

“There didn’t seem to be an altercation, …the victim didn’t appear to be advancing on him in any menacing way,” stated witness Richard Johnson. “I suspect when this all shakes out, we’re going to find that it was something other than what we might initially think at first.”

Officials confirmed the man who was shot later died at the hospital.

Police initially took two suspects into custody. However, now only a private security guard for a local news stations remains the sole person of interest in the shooting.

ICYMI: Division Chief Montoya provides info near the scene today’s homicide investigation. This remains an active investigation and any additional info will be shared to this thread as soon as it becomes available. #Denver https://t.co/Bj5aoMUapq

The case remains under investigation as a homicide.